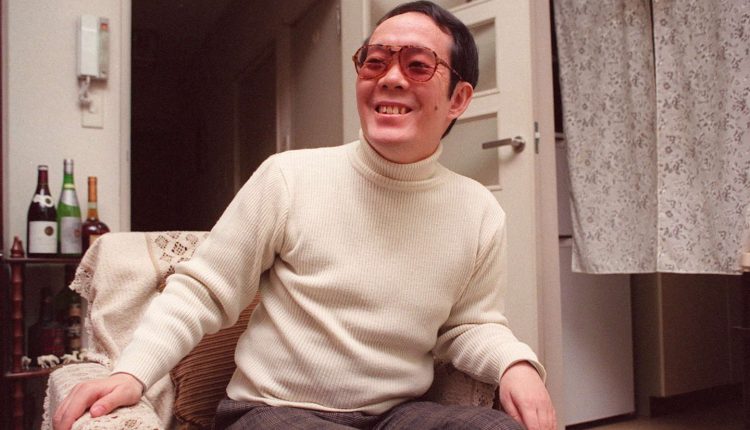 Issei Sagawa, who killed a Dutch student in Paris on June 11, 1981 then, after raping her, indulged in acts of cannibalism on her body, died on November 24 of pneumonia, his family announced. He was 73 years old.

Born on April 24, 1949 in Kobe into a wealthy family, Issei Sagawa was a brilliant doctoral student in comparative literature at the Sorbonne-Nouvelle University. The fateful day, he had invited to dinner in his small apartment of the 16e district a 24-year-old Dutch student, Renée Hartevelt. He killed her with a rifle shot in the back of the neck as she read poems aloud.

After taking pictures of his crime, raping his victim and eating certain parts of his body, he cut it up with an electric saw and kept it in his fridge for three days. Then he decided to get rid of it. He placed the remains of the young woman in two large suitcases and took a taxi to the edge of the lake in the Bois de Boulogne.

Read our archive (1983): Article reserved for our subscribers Cannibalism and “madness”

Seeing this man with a frail silhouette, pushing a shopping cart he had found containing huge suitcases, a walking couple had asked himé: “Are these suitcases yours? » Startled, he spluttered and fled. Intervened at the request of the walking couple, the police discovered the macabre contents of the suitcases.

The testimony of a taxi driver made it possible to identify the culprit. When the police arrived, he put up no resistance and confessed to his crime. Imprisoned, he was examined by psychiatrists who concluded that “a homicide with no other motivation than to satisfy a cannibalistic impulse” committed in “a state of insanity such that criminal responsibility cannot be held”. And Sagawa was committed to a mental institution. Twice the victim’s family tried to have the case dismissed. The murderer will remain one year and two months in the hospital of Villejuif.

In Japan, the case aroused emotion and embarrassment as if this case tarnished the image of the country itself. In France, the press seized it with a lot of clichés about the Japanese and the magazine Photo even published photos taken by the murderer – the number was banned from sale.

Following negotiations between the French authorities and Issei’s father, a powerful industrialist at the time of the events, the son was finally sent back to Japan on May 21, 1984. French justice considering that “the chances of recovery will be better in a family environment”. A decision that aroused anger and indignation of the family of the victim who, again, was not heard. The murderer was first placed in a psychiatric hospital in Tokyo and then regained his freedom a few months later

You have 39.43% of this article left to read. The following is for subscribers only.