“Indian neutrality is a risky choice” 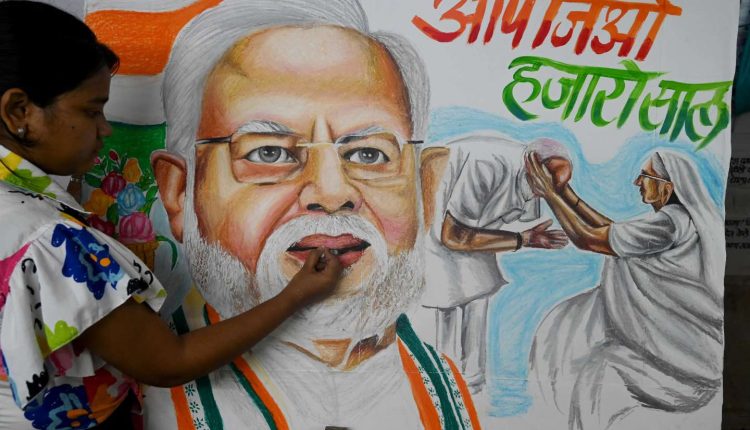 IInvited as a member (since 2017) of the Shanghai Cooperation Organization (SCO) to the summit in Samarkand (Uzbekistan) on September 15 and 16, Indian Prime Minister Narendra Modi told Vladimir Putin that ” time [n’était] not to war” without condemning the Russian invasion of Ukraine. This position of neutrality, accompanied by an abstention at the UN during the vote of the General Assembly condemning Russia, is explained by the long local tradition of non-alignment as well as by the proximity of Moscow and New Delhi, but it could prove harmful in the long term for Indian power.

The choice of non-alignment was made by Nehru shortly after India’s independence in 1947. Nourished by anti-colonialism and the Gandhian thought of non-violence, it implied the refusal to enter into the alliances that the United States then multiplied against the USSR, but not that of forging privileged links with other anti-imperialist states, as shown by the Bandung conference (Indonesia) in 1955 in which New Delhi took part alongside the Indonesia or Egypt. At a time of decolonization, this criticism of the West already brings the non-aligned closer to the Eastern bloc. The end of the USSR does not put an end to this special relationship: India still buys half of its weapons from present-day Russia.

The outbreak of war in Ukraine did not alter these Indian priorities. Narendra Modi is keen to maintain his defense capabilities: he has retained a privileged link with Moscow, with the Indian army participating in the Vostok 2022 maneuvers in the Russian Far East. The Indian economy wants to take advantage of Russian energy resources: in 2022, Russia replaced Saudi Arabia as the country’s top supplier. Russian fertilizer purchases have increased eightfold. This choice of neutrality is also part of a purely realistic diplomacy, seeking only to defend Indian interests and theorized, under the name of “multi-alignment”by Foreign Minister Subrahmanyam Jaishankar.

This choice can, of course, be defended with regard to the weight of India, which has never been so great. Narendra Modi can legitimately think that no Western country will want to get angry with what will be one of the superpowers of the 21st century.e century. The Indian population is on the way to becoming the first in the world, surpassing China in its dynamism: in 2021, 24 million Indian babies will be born. In three years, almost as many Indians are born as there are French people. In 2022, India’s GDP surpassed that of former colonizer Britain, making the country the world’s fifth largest economy. Finally, the Indian army (1.3 million soldiers) is considered by Washington to be essential to the balance of forces in Asia against China.

You have 55.57% of this article left to read. The following is for subscribers only.