In Sri Lanka, the new prime minister is already contested 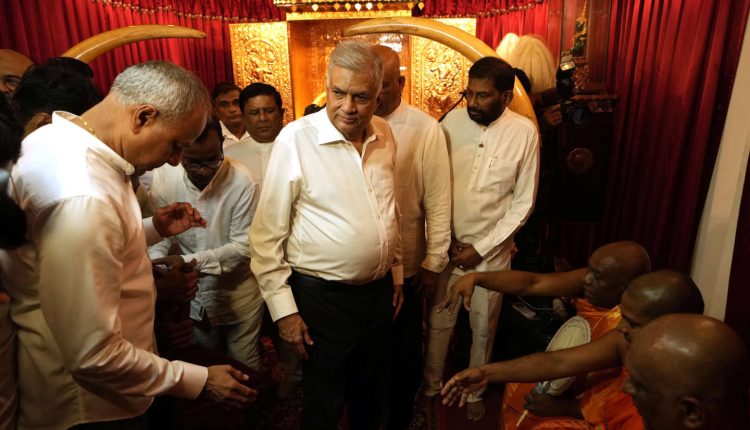 Sri Lanka has a new Prime Minister and it is already disputed. Ranil Wickremesinghe, 73, who has held this position five times since 1993, was appointed Thursday, May 12, by President Gotabaya Rajapaksa to replace his own brother, Mahinda Rajapaksa, to try to restore calm and tackle the economic and financial crisis that is ravaging the country. He was tasked with forming a government of national unity.

His first words sum up the catastrophic state in which the island of 22 million inhabitants finds itself. “We want to get the nation back to a situation where our people will have three meals a day againsaid Ranil Wickremesinghe. Our youth must have a future. »

Middle-class and poor Sri Lankans, workers in the informal sector, such as rickshaw drivers, have long since stopped eating three times a day, due to food price inflation, 30% in April, unemployment and the scarcity of essential goods. The government, over-indebted, no longer has enough foreign exchange reserves to import the products necessary for the functioning of the island nation.

The main opposition party, the Samagi Jana Balawegaya, had initially been asked to lead a new government, but its leader, Sajith Premadasa, had set four conditions as prerequisites, including the departure of the Head of State, the adoption of new laws to strengthen Parliament and the abolition of the executive presidency.

A relative of the Rajapaksa clan

Gotabaya Rajapaksa clings to power even though the population considers him responsible for the country’s bankruptcy and has been calling for his resignation for months. He sacrificed, Monday, May 9, his brother, forced to leave his chair as prime minister, while demonstrators tried to invest his official residence. Mahinda Rajapaksa was placed in shelter in Trincomalee, in a naval base in the northeast of the island. Justice forbade him to leave the territory; a measure also applied to his son.

The new Prime Minister, a lawyer, from a wealthy family of politicians and businessmen, is reputed to be a good negotiator, reformist, pro-Western, but he is also close to the Rajapaksa clan. Just before his appointment, the Catholic authorities indicated that they considered his appointment as ” illegal “. They blame him in particular for his inability to prevent the deadly Easter attacks in 2019, committed against churches and luxury hotels, which left more than 250 dead and hundreds injured. He was then Prime Minister of President Maithripala Sirisena. The executive had been accused of repeatedly ignoring warnings from Indian intelligence services about the imminent risk of terrorist attacks.

You have 45.6% of this article left to read. The following is for subscribers only.