In Nepal, a new wind is blowing through politics 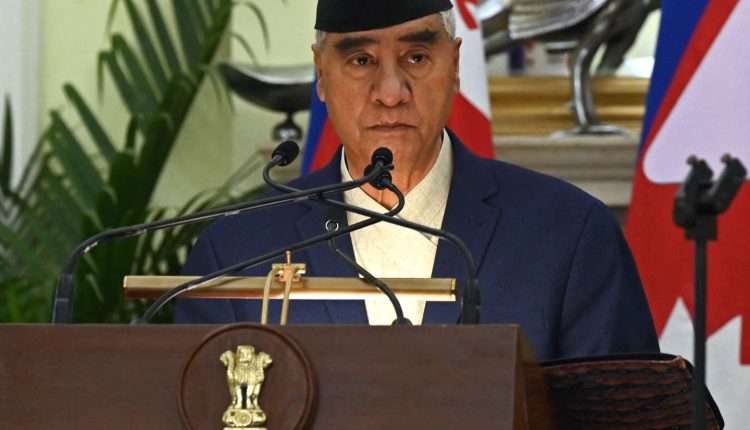 Called to the polls for the legislative elections on November 20, the Nepalese sanctioned the old political parties, but not to the point of completely overthrowing the system. The results, announced on Wednesday December 7, give Prime Minister Sher Bahadur Deuba’s coalition the lead with 136 of the 275 seats in the House of Representatives. It lacks two votes to reach the majority.

At 76, Deuba, who has already been prime minister five times, has a chance of convincing independents to join him. He was opposed to another coalition led by the Marxist Leninist Unified Communist Party of Nepal, the main opposition party, but also to multiple independent candidates.

Even if the prime minister is reappointed, the elections were marked by an anti-establishment vote and by the emergence of a new political formation, the Rastriya Swatantra Party (RSP) or independent national party. Created just five months ago by Rabi Lamichhane (48), a former star journalist for Nepalese television News 24, the RSP made a spectacular entry into Parliament by winning 20 seats, becoming the fourth largest party in the chamber. representatives.

Read also: Article reserved for our subscribers In Nepal, justice puts former Prime Minister Deuba back in the saddle

Rabi Lamichhane campaigned with young candidates under 40 against corruption among officials, for better governance and job creation. His investigative show “Straight Talk with the People”, which exposed corruption in government, bureaucracy and business on hidden camera, made him popular, especially with young people. He lived for several years in the United States, where he worked for the Subway sandwich chain in Baltimore, then obtaining American nationality, which sparked a controversy in Nepal, where dual nationality is not recognized.

The newspaper Nepali Times greet her “remarkable success”. ” Readership, writes the newspaper, sent a clear message by elevating the independent RSP to national party status in Parliament with over a million votes. » The desire for renewal had already manifested itself earlier in the year during the municipal elections in May, when an independent candidate – a rapper, 30, Balen Shah – was elected mayor of Kathmandu.

The Nepalese are tired of the aging political elite, septuagenarians mired in clientelism, accused of immobility and inability to keep their commitments, while the country is facing a major economic crisis. The Covid-19 pandemic has devastated the tourism industry and slowed migrant remittances, which represent a third of Gross Domestic Product. Nearly half of households receive money from abroad, 5 million Nepalese work, study or live abroad. Nepal, one of the poorest countries, remains a closed economy, which suffers from a structural lack of jobs, forcing men to migrate to the Gulf countries and to Malaysia.

You have 23.29% of this article left to read. The following is for subscribers only.