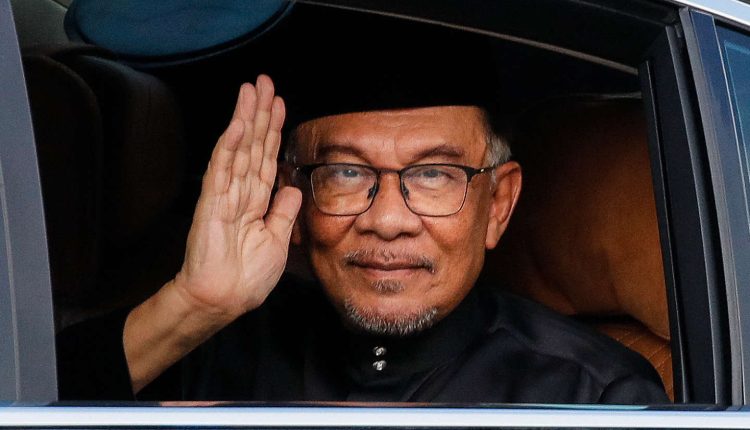 Anwar Ibrahim, the reformist who was until now the main leader of the opposition, is appointed “Tenth Prime Minister of Malaysia”announced the royal palace Thursday, November 24, ending a long uncertainty after the legislative elections on Saturday which had not given a majority to any party.

At the age of 75, Mr. Anwar thus realized his dream of becoming Prime Minister, which he had cherished for a quarter of a century and which crowned a turbulent political career. Pakatan Harapan (“Alliance of Hope”), the multiethnic reformist coalition he leads, obtained the best result in the legislative elections on Saturday, winning 82 seats. But it remains far from an absolute majority, in a Parliament of 222 seats.

The King of Malaysia, Sultan Abdullah Ahmad Shah, summoned Mr. Anwar and former Prime Minister Muhyiddin Yassin to the palace on Wednesday. Its formation, Perikatan National (“National Alliance”), supported by the Pan-Malaysian Islamic Party (PAS), which advocates strict application of Sharia, came second in the elections with 73 seats. According to Mr. Muhyiddin, the ruler had asked the two men to form a “unity government”. The King of Malaysia has the discretion to appoint a Prime Minister who he believes has the support of the majority of MPs.

Read also: Article reserved for our subscribers In Malaysia, difficult negotiations for the formation of a government

Anwar Ibrahim also began negotiations on Monday with the party that has been in power until now, Barisan Nasional. Led by the National Organization of Malay Unity (UMNO), this party came far behind with 30 seats, its worst electoral result since the country’s independence in 1957.

Malaysia, predominantly Muslim but also including significant Chinese and Indian minorities, is a constitutional monarchy with a unique system of throne rotation every five years among the rulers of Malaysia’s nine states.

For four years, the country has been shaken by political turbulence and a waltz of governments, which has led to three prime ministers succeeding each other in four years. After more than sixty years in power, UMNO was heavily sanctioned at the ballot box and ousted from power in 2018, marking the first alternation in the country’s history.

The prime minister at the time, Najib Razak, implicated in the embezzlement of several billion dollars from the sovereign wealth fund 1MDB, is currently serving a twelve-year prison sentence.

UMNO had returned to power with a slim majority in 2021. Hoping to strengthen its grip on power, Prime Minister Ismail Sabri Yaakob dissolved parliament and called snap elections, originally scheduled for September 2023. But UMNO still suffers from its association with the vast corruption case 1MDB, a fund that was supposed to contribute to the country’s development.

Read the decryption: Article reserved for our subscribers In Malaysia, the reform camp believes in its return to power