In Japan, the death penalty in indifference 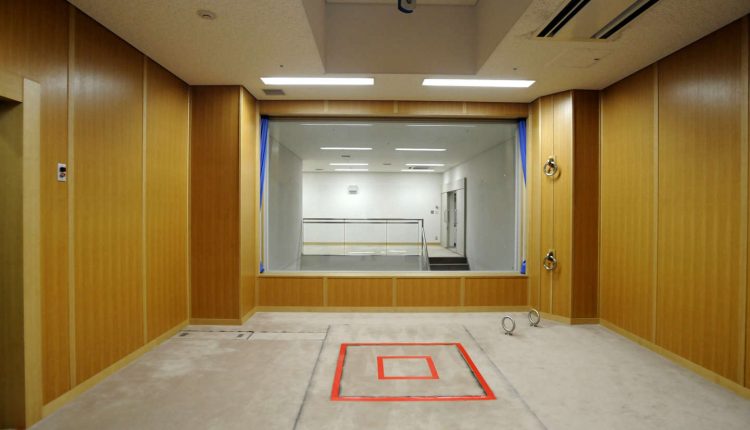 In Japan, handcuffing behind the back is reserved for people sentenced to death on the day of their execution. Sometimes they struggle violently and dislocate a shoulder. Is the execution then postponed? “No, it is applied”explains a certain “M” in “The Secrets of the Death Penalty Revealed by a Guardian” (Takeshobo, 2021, untranslated), manga by Ichinose Hachi, based on anonymous testimonies from former employees, like “M”, of the Japanese prison system. A chilling story that the tabloid Gendai chose to publish online, Wednesday July 26, as an invitation to reflect on the death penalty, a rare step in a State which remains, with the United States, the only developed country to apply this sanction.

The day before, Tomohiro Kato had been hanged at the Kosuge detention center in Tokyo. He was sentenced to death for driving a truck into a crowd in Tokyo’s Akihabara district in 2008 before stabbing several people. The attack left seven dead and dozens injured. In 2015, the Supreme Court definitively upheld the sentence, finding that the gravity of the crime left no room for leniency. Mr. Kato’s hanging was the fourth in just over six months. As of December 2021, three detainees had been executed.

These executions are carried out with relative indifference, which keeps the system in a certain opacity. Confined in one of the seven special detention centers in the country, the convicts languish in individual cells of 6 square meters, under the eye of a permanently activated camera. During the day, they must remain seated. The light stays on at night to prevent suicides. Isolation sometimes affects their reason. There would be abuse.

Only their family members or lawyers can visit them. The law provides for an execution within six months of the verdict, but it is rarely enforced. In 2021, recalls the Japanese Center for Information on Innocence and the Death Penalty, two of the 118 death row inmates had been incarcerated for more than forty years.

The date of the execution, decided by the Minister of Justice, is unknown. The condemned do not learn it until a few hours before. “Every time the guards came to pick up a convict, I was shaking. I crumbled when I found out it wasn’t my turn. I still cry when I remember those times”explained Sakae Menda (1925-2020), the first Japanese to be released after thirty-four years on death row.

You have 46.35% of this article left to read. The following is for subscribers only.