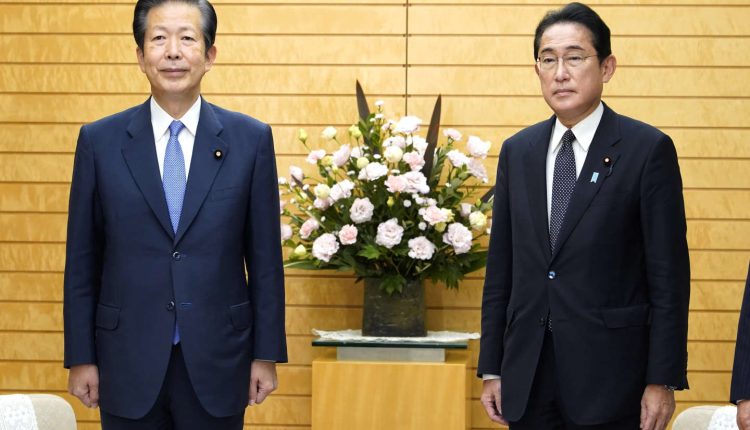 Under popular pressure more than on its own initiative, the Japanese government decided to crack down on the Unification Church, also called the Family Federation for World Peace and Unification and better known as the “Moon Sect”. An investigation is already underway into the organization’s questionable practices. In addition, the government plans to legislate in order to better protect the victims of sectarian movements, in particular by formalizing the prohibition of pressure and manipulation exerted on followers to compel them to make donations. “The work is carried out based on discussions with the opposition. We want to submit the bill to the current parliamentary session for speedy passage”underlined Friday, November 25 the Prime Minister, Fumio Kishida, who wishes the broadest possible consensus on the question.

Read also: Article reserved for our subscribers Shinzo Abe, the former Japanese Prime Minister, assassinated for his links with the Moon sect

The parliamentary debates follow months of revelations about the sect’s practices, which began with the July assassination of former prime minister Shinzo Abe. The author of the shots, Tetsuya Yamagami, explained that he targeted Mr. Abe because of his links with the Moon sect. Mr. Yamagami’s mother was a follower of this movement. She had made donations of such an amount that she had been declared in personal bankruptcy.

Since the assassination, the Unification Church and its ties to the Liberal Democratic Party (the ruling LDP) have made headlines almost daily. These relations had begun in the 1960s – in particular thanks to the former Prime Minister, Nobusuke Kishi, grandfather of Shinzo Abe.

Over time, dozens of PLD parliamentarians have struck deals with the sect to broaden their electoral base through a powerful and wealthy movement itself seeking honour. This led them to adopt the positions of the sect in several areas. In October, the centre-left daily asahi revealed that some of these elected officials had signed an agreement with organizations affiliated with the Moon sect, obliging them to mobilize in favor of the revision of the pacifist Constitution – a project supported by the Japanese far right – and to block any progress on the LGBT rights and gay marriage.

The moving public testimony on October 7 of Sayuri Ogawa (a pseudonym to protect her identity), daughter of followers of the movement, contributed to the awareness of the dangers of the sect. At the same time, more than 200,000 people signed a petition on the change.org website to request the dissolution of the Moon sect.

You have 49.33% of this article left to read. The following is for subscribers only.