In Ishigaki, the construction of a Japanese military base revives the wounds of history 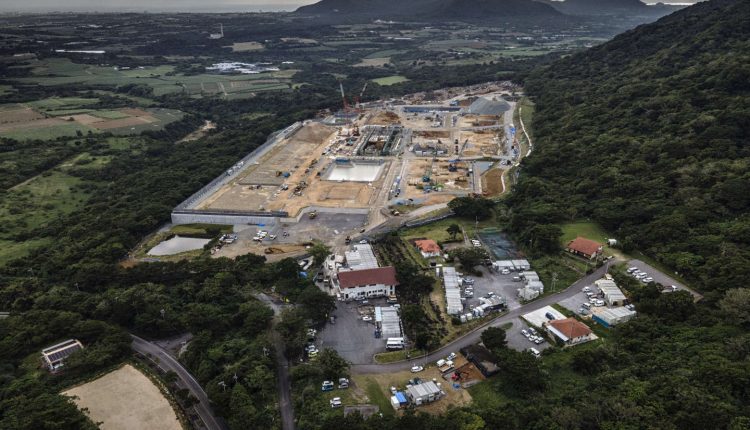 “The deigo bloomed, called the wind but the storm came…” Shima-utaa moving “song of the islands” by the group The Boom, resounds in the alleys crushed by sun and lined with gray concrete of the old market of Ishigaki, a small island in the archipelago of Okinawa, in the south-west of Japan.

In the local culture, the red flamboyance of the deigo flower announces the severity of the coming typhoons. Its flowering, in Kazufumi Miyazawa’s song, symbolizes “the sacrifice of the islands of Okinawa for the rest of Japan”. Battle of Okinawa in April-June 1945, American military omnipresence, dictates from Tokyo: so many dark moments that resurface on the occasion of the commemoration, on May 15, of the 50and anniversary of the handover to Japan of Okinawa by the Americans.

In Ishigaki, 50,000 inhabitants, nothing indicates the anniversary except for a few storefronts like that of the Hamauta store, where a yellow and red greeting sticker is displayed “Return from Okinawa”.

Since 2020, bulldozers have been plowing a verdant hillside nestled in the shadow of Mount Omoto, the island’s highest point at 526 meters, above sugar cane and pineapple plantations. The installation is considered essential by the Ministry of Defense, which has been committed since 2015 to strengthening the Nansei Islands. Seen from Tokyo, this string extending as far as Yonaguni, about a hundred kilometers from Taiwan, forms “a barrier against China”.

Persistence of past wounds

The Japanese government fears that a conflict around Taiwan will lead China to seize the Senkaku/Diaoyu islands – administratively dependent on Ishigaki but claimed by Beijing and Taipei – or even threaten Okinawa. It has already set up bases on Miyako, Yonaguni and Amami islands.

In favor of the arrival of the FJA, the mayor of Ishigaki, Yoshitaka Nakayama, obtained a fourth mandate in February. Reputed to be close to the nationalists of the ruling Liberal Democratic Party, Mr. Nakayama advocates a firm line against China, not hesitating to brandish the threat of ” Provocation “. He rejected a proposed referendum on the new basis demanded by the 14,000 signatories of a petition. “National defense issues cannot be decided by a single municipality”, he swept away. Ishigaki is already home to the largest port of the Japanese Coast Guard, busy monitoring the Senkaku.

You have 65.54% of this article left to read. The following is for subscribers only.