In India, Muslims under threat from Hindu fundamentalists 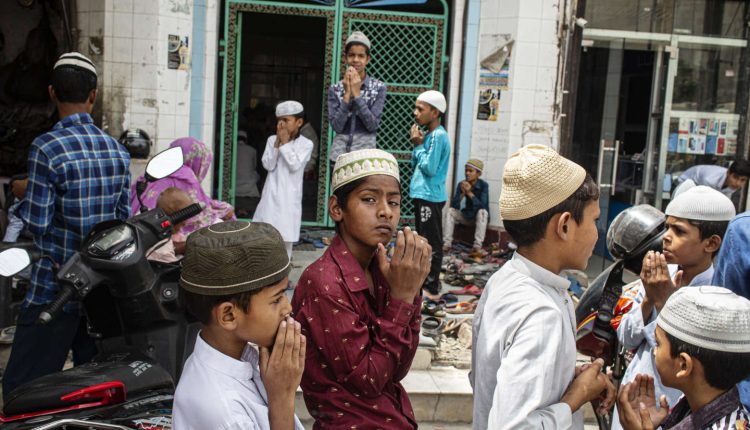 InvestigationTwo years before the general elections, extremists close to Prime Minister Narendra Modi’s party are waging a legal war against mosques and increasing abuses against the main religious minority.

The Kashi Vishwanath Corridor in Benares, Hinduism’s holiest city in northern India, is one of the most heavily guarded places in the country. Armed men are posted at each entrance, on each street and on the roofs of surrounding buildings. Heavy metal barriers filter visitors who must state their identity and get rid of cameras, cameras or smartphones at the reception.

Inside, despite the furnace – 45 degrees in the shade – pilgrims, barefoot, rush to tread the burning red carpet, which now connects the golden temple dedicated to the god Shiva to the western banks of the Ganges. below the ghats, these steps that go down to the river. All follow the path taken by the Prime Minister, Narendra Modi, during the inauguration of the corridor, in December 2021, before immersing themselves in the river, according to the Hindu purification ritual. The ceremony was broadcast live, for hours, by all Indian television channels.

Restoring this site to its past splendor and spiritual fervor is Mr. Modi’s flagship project. “Bhole Baba [Seigneur Shiva] chose me to accomplish this mission”, he said then, while laying the first stone, during a ceremony organized a month before the legislative elections of 2019. His government invested 75 million dollars in it (the equivalent of approximately 66.8 million euros). Nearly four hundred houses, shops and small shrines, nested in the labyrinthine alleys of the old town, were razed to erect an imposing wall and brand new buildings. The corridor not only magnified the iconic Kashi Vishwanath temple, it also encircled an adjacent mosque: a powerful symbol in Narendra Modi’s India.

The Taj Mahal, bone of contention

The Gyanvapi mosque, with its domes and white minarets, was built on the ruins of a temple devoted to the “lord of the world” – one of the epithets of Shiva –partially destroyed in 1669, on the orders of Aurangzeb, the sixth Mughal emperor who reigned from 1658 to 1707. Four centuries later, it was the target of Hindu fanatics who took legal action to challenge the legality of the mosque, protected by many high iron palisades.

The case, which is also being played out in the media court, unleashes passions and spreads oil in the state of Uttar Pradesh. In Mathura, another important place of pilgrimage on the banks of the Yamuna, Hindus claim the Shahi Eidgah mosque, also built after the destruction by Aurangzeb in the 17th century.e century, of a temple located where Krishna would have been born.

You have 87.05% of this article left to read. The following is for subscribers only.