In China, the old man, his hut and his wine museum 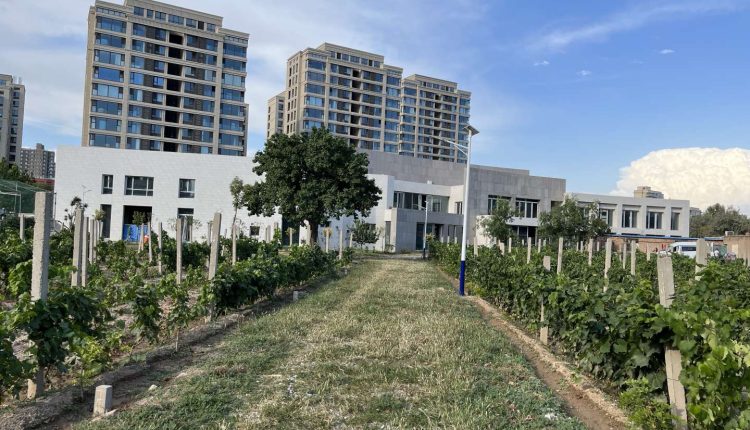 At 78, Gao Lin could be content to cultivate his garden located on the edge of Yinchuan, the capital of Ningxia, a small province in northwestern China. But this former textile worker who lives in a converted cabin, a unique, modest but impeccably kept room, has better things to do. He oversees the construction of a private museum adjoining his shed, 3,500 square meters devoted to his passion and that of his daughter: wine.

The opening is scheduled for 2024. An adventure in which France played a significant role and which, although microscopic, is revealing of the relationship between China and the rest of the world over the past thirty years.

Read also (2016): Article reserved for our subscribers In China, the red gold of Ningxia

In the 1970s, Gao Lin, then a young worker, was spotted by his bosses for his writing skills. Promoted ” in offices “, he is in charge of selling clothing stocks in Beijing and Harbin, then, helping to open up China, in Russia and Hungary.

Appointed in 1991 to Saint Petersburg, he observed the collapse of the Soviet Union. This man who, in his childhood, experienced famine and ate tree bark, notes that, while China was lost in fratricidal struggles, the rest of the world was advancing. He then brings his daughter to Russia. “I wanted to do theatre. I studied Russian and economics”, sums up Emma today, smiling.

Back in Ningxia, Gao Lin decided to plant vines there. The dry and semi-mountainous climate is favorable to it and China, which is opening up to the world, will inevitably succumb to the charms of this drink, he anticipates. Above all, it allows him to travel again. Germany, Italy, France from where he brings several grape varieties: sauvignon, merlot, riesling…

At the age of 50, he even did an internship at the horticultural school in Orange (Vaucluse). And discovers that, contrary to what he has been taught, capitalism is not just the lure of profit. “I was struck by the professionalism of the people and a certain peace of mind”, explains this calm man, between two sips of house cognac.

Impossible to keep this discovery for him. Once again, Gao Lin urges her daughter to follow in her footsteps. “I had four months to learn French and in 1999 joined the faculty of oenology in Bordeaux”, she says, in the middle of her vines.

After four years on the banks of the Garonne, a marriage with a young winemaker, Thierry Courtade, then a first experience in Xinjiang, Emma joined her father in Ningxia. The trio will produce their first vintage in 2007. Very quickly, their brand, Silver Heights, obtains several international recognitions.

You have 50.95% of this article left to read. The following is for subscribers only.