In Burma, Aung San Suu Kyi placed in solitary confinement in a prison by the military junta 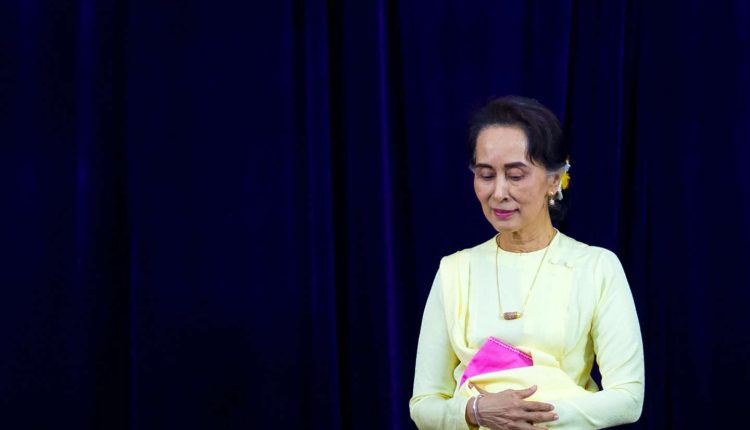 The deposed former Burmese leader, Aung San Suu Kyi, left her house arrest to be placed in solitary confinement in a prison complex in Naypyidaw, the capital built by the military, announced on Thursday June 23, the ruling junta . “In accordance with the criminal laws (…)she is kept in solitary confinement in prison”Zaw Min Tun, a spokesman for the junta, said in a statement.

Since her ousting in a coup last year, Suu Kyi had been under house arrest at an undisclosed location in Naypyidaw, accompanied by several domestic workers and her dog, according to people familiar with the matter.

The 77-year-old Nobel laureate was only out to attend the hearings of her river trial, she faces a total of decades in prison.

His lawyers are barred from speaking to the media and journalists cannot attend his trial. Under a previous junta, she spent many years under house arrest at her family compound in Yangon, Burma’s largest city.

In the context of his current detention, his links with the outside world are limited to brief meetings with his lawyers before the hearings.

She has already been convicted of corruption, incitement to violence, violation of health rules related to Covid-19 as well as violation of the telecommunications law and a court sentenced her to eleven years in prison.

In China, youth unemployment at its highest

The Japanese and the temptation to withdraw

In Uzbekistan, victims during demonstrations in the west of the country

In Uzbekistan, the president backs down after a rare anti-government demonstration

In India, a landslide leaves dozens dead and missing