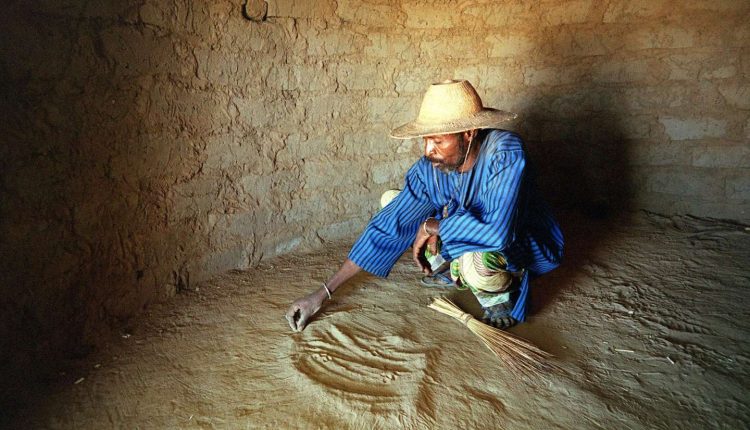 The desire to guess the future seems to run through all human societies. Among the divinatory arts, one of them is based on a process relating to arithmetic: geomancy. This refers to the techniques of divination – either predicting the future or guessing hidden things – consisting in interpreting figures formed by elements such as pebbles or sand.

The anthropologist Dominique Casajus, a great specialist of the Tuaregs – he is notably the author of People of speech. Language, poetry and politics in Tuareg countries (2000) and The Tuareg Alphabet (2015) – discovered and studied an ancestral divination system from them in the 1980s.

Read also: Article reserved for our subscribers “The sorcerer, who crystallizes fears and reveals a world populated by spirits, first assumes a psychological function”

In his new book The Chance manual (Editions de l’EHESS, 196 pages, 13.80 euros), this emeritus research director at the CNRS is following an unexpected path. It brings together this Tuareg tradition of geomancy, but also that of the Arabs and the Chinese, practices and intellectual constructions which all have in common to rely on arithmetic to manipulate chance – including Arabic etymology, “az-zahr”originally means a dice or dice game.

This polytechnician by training, who was also interested in the poetic tradition (The Aede and the troubadour. Essay on oral traditionCNRS editions, 2012) and to well-known spiritual figures (Charles de Foucauld. monk and scholarCNRS editions, 2009), thus proposes to break down the partitions of space and practices to reveal surprising relationships.

Your book “Le Hasard mode d’emploi” weaves unexpected bridges between our literary and philosophical European culture and ancestral traditions of geomancy. What path led you to these connections?

Dominique Casajus: I left this book to mature for a very long time. At my age [Dominique Casajus est né en 1950], released from academic conventions, I let my research run as it wanted. The starting point is distant, since it dates back to my decisive meeting with Ghabdallah, in 1984 in Agadez, in the north of Niger, during an immersion with the Tuareg. This young geomancer, who drew this knowledge from his grandmother, kindly agreed to collaborate with me by explaining to me how he created sequences of signs and interpreted them.

The Tuareg – living in Niger, but also in Mali and southern Algeria – practice a particular form of geomancy, called “igezan”, which consists in producing and interpreting a certain number of figures. I therefore had to understand the law of correspondence between the sequences of signs and their interpretations. I published the results of this work nine years after this meeting [« Un document sur la géomancie touarègue », publié dans l’ouvrage collectif A la croisée des études libyco-berbères, Paul Geuthner, 1993] then continued them in this book.

You have 77.55% of this article left to read. The following is for subscribers only.