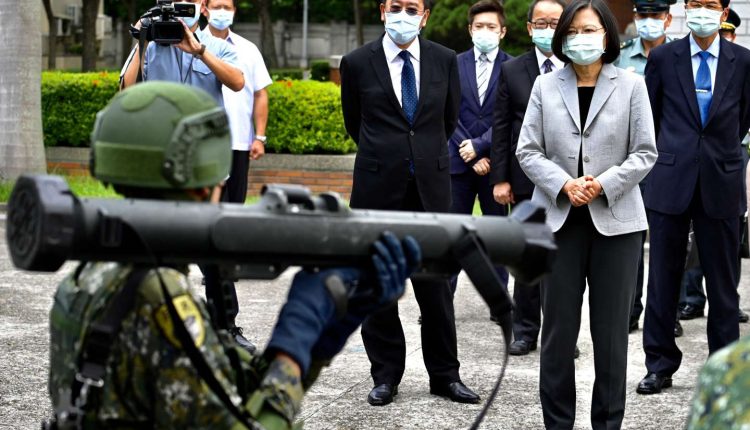 It’s a well-rehearsed ballet for the Taiwanese air force’s fighters: when Chinese planes approach the “median line”, equidistant from the two sides of the Taiwan Strait, they take off urgently to send enemy planes back. mainland side.

Thursday, August 4, in response to the visit to Taipei by the Speaker of the United States House of Representatives, Nancy Pelosi, twenty-two Chinese fighter jets made rapid incursions on the Taiwanese side of this fictitious line, long respected by both armies to avoid incidents. For two years, these incursions have been so numerous that taking off each time exhausts the pilots and the equipment, to the point that the Taiwanese no longer react systematically to these provocations. Instead, they are content to follow Chinese aircraft from the sights of anti-aircraft missile systems.

These two types of responses to the harassment of Chinese aviation illustrate the dilemma facing Taiwanese defense: invest in conventional tools – fighter planes, frigates, for billions of dollars – or equip themselves with lighter weapons. and less expensive, which can be installed all around the island, which is smaller than the Netherlands. These two strategies respond to different objectives: should we defend the sovereignty of the island by repelling the Chinese planes, or tolerate aerial incursions in order to concentrate on defending against a possible invasion attempt?

The debate has been going on for a few years, but the war in Ukraine has strengthened the supporters of the so-called “porcupine” strategy: as the expression suggests, it is a question of making the capture too painful to discourage the predator.

Especially since the gap is rapidly widening between the increasingly powerful Chinese forces and the small Taiwanese army. “We are trying to see the lessons to be learned from the war in Ukraine to defend ourselves”, Taiwanese Foreign Minister Joseph Wu remarked recently in an interview with CNN. The Ukrainians’ ability to resist against a more powerful adversary would thus have definitively convinced Taipei of the advantages of the so-called “asymmetric” war concept. The “Republic of China” (official name of Taiwan) has thus invested in the acquisition of anti-ship cruise missiles, land-to-air missiles and underwater mines.

Some experts believe that acquiring heavy weapons is not the right choice for Taiwan, whose military budget of 11 billion dollars (10.8 billion euros) is disproportionate to that of China, which plans to officially devote 230 billion dollars to it in 2022 – and much more according to many specialists, who believe that Beijing is hiding part of its expenses.

You have 65.77% of this article left to read. The following is for subscribers only.

In India, the silence of the political class after the aggression of Salman Rushdie