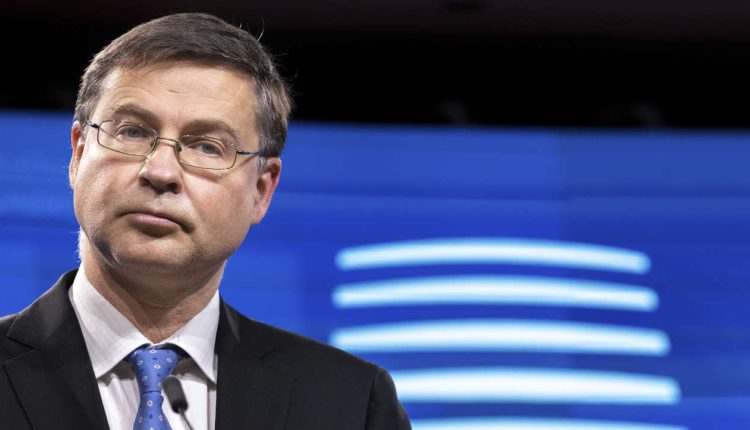 For the European Union (EU), this has the value of a full-scale test. By seizing the World Trade Organization (WTO) against China, “because of its discriminatory practices against Lithuania, which also affect [le] EU single market », announced the Commission on Thursday 27 January, Brussels is putting the unity of the Twenty-Seven and the EU’s ability to impose itself on the international scene to the test.

In recent months, relations between Vilnius and Beijing have deteriorated. China did not appreciate that Lithuania left the “17+1” forum, this essential link of the New Silk Roads which brings together the Middle Kingdom and 17 countries of Central and Eastern Europe (including 12 Union members). She was frankly upset when the small Baltic state let Taiwan open an official representative office in its name on its soil, while Beijing does not recognize the state status of this island.

The retaliatory measures were not long in coming. On November 25, 2021, China announced that it was no longer issuing visas to Lithuanians. In the aftermath, it halted its imports to Lithuania, and it also stopped clearing Lithuanian goods arriving at its ports, citing flaws in its IT department. For Vilnius, the situation remained manageable: admittedly, its exports to China fell by 91% in December 2021 compared to the same month of the previous year, but Lithuania achieves less than 1% of its trade with Beijing.

“Value chains have been affected”

However, what was initially a bilateral affair between these two countries quickly became a community issue. Some Member States, particularly in Eastern Europe, “told themselves that what was happening to Lithuania could happen to them”, says a European official. What’s more, Beijing has not contented itself with putting obstacles in the way of Lithuanian companies. Without being given any explanation, several European manufacturers who use components from Lithuania have lost orders or have also been prevented from exporting to China.

“In Finland, Germany or Sweden, value chains have been affected”, continues this source. And the sacrosanct internal market has been disrupted. From then on, a country like Germany, which tended to consider that Vilnius could only blame itself in this story, began to see things differently. In this context, the Commission received unanimous support from the Twenty-Seven when it raised the possibility of taking the matter to the WTO, judging Beijing’s practices “discriminatory and illegal” under the rules of multilateral trade.

You have 54.18% of this article left to read. The following is for subscribers only.