Covid-19: in Shanghai, a cold store requisitioned to store corpses out of sight 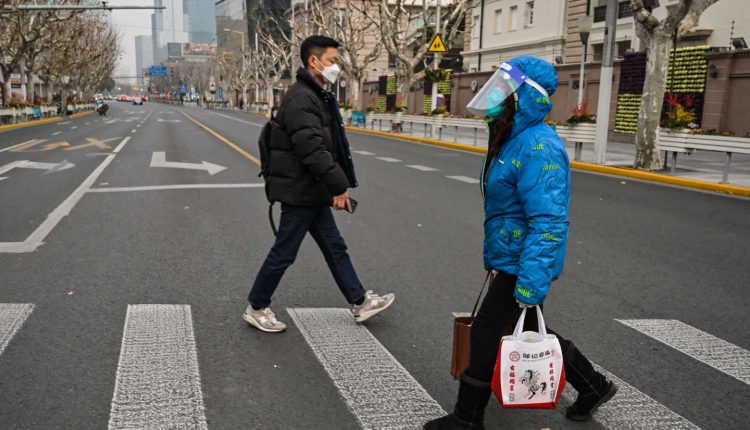 This year, Mr. Sun, a 58-year-old Shanghainese, spent the Lunar New Year without his mother for the first time on the weekend of January 21-22. The old woman died of Covid-19 on January 7, at the age of 92. She was in fragile health and Mr. Sun (who gives only his surname) and his family had been preparing, when China ended the zero Covid policy in early December 2022. But the round-faced man framed in graying hair did not expect to be deprived of mourning: two weeks after his death, he does not even know where his remains are. “We were able to say goodbye to him in the hospital room, in his mortuary clothes, and then the hospital told us that we would be informed by the civil affairs department when the ashes were ready, in a couple of days. month. We have no other information. We just want the truth.”sighs Mr. Sun.

For weeks, information has been circulating on the Chinese web about the use of cold stores and the construction of emergency crematoriums, but the Chinese authorities have given no information on the subject. The world was able to confirm the use of at least one cold store in Shanghai to manage the flow of corpses that exceed the capacities of morgues and crematoriums. China is expected to reach the peak of Covid-19 deaths in the week of the Lunar New Year holiday, which ends on January 27, according to estimates from the government and foreign institutes.

After the abandonment of the zero Covid policy on December 7, 2022, the virus spread at a speed that surprised experts, to the point that the country has probably already passed the peak of infections. “The current wave of the epidemic has already infected around 80% of the population”said the chief epidemiologist of the national health commission, Wu Zunyou, on January 21.

Read also: Article reserved for our subscribers Covid-19: in Beijing and several cities in China, the spectacular progression of the disease

The warehouse is located in the Baoshan district, north of Shanghai, close to the mouth of the Huangpu River. In this industrial district, other refrigerated hangars are used to store seafood or meat. At the crossroads of a smaller street, a police vehicle is parked. “The police told us that no vehicle should park on the street, but I don’t know why. It must have been January 3 or 4., says the caretaker of a nearby business. The warehouse in question, a vast building painted in beige, displays in large golden sinograms the name of the company: “Shanghai Shenhong Anda Cold Storage”. From the outside, we see employees dressed in full white coveralls who are busy, but tarpaulins have been stretched to hide the unloading of trucks.

You have 58.73% of this article left to read. The following is for subscribers only.