Cambodia. In Sihanoukville, the “forbidden cities” of Chinese organized crime 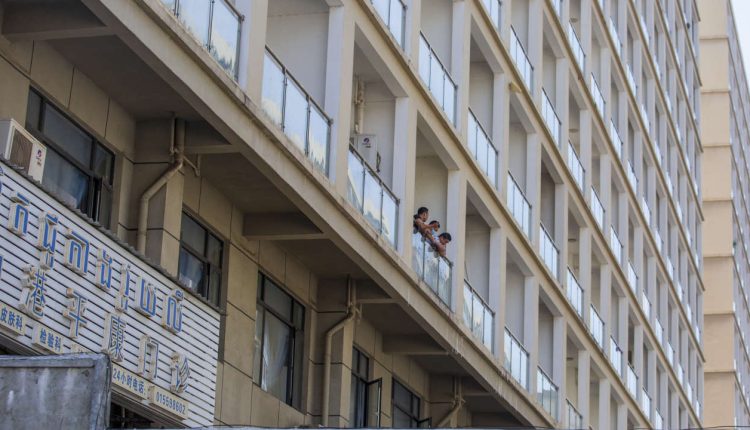 Cambodians call it “Chinatown”: eleven bars of eleven floors each, in the shape of a giant “U”, located less than 200 meters from Otres beach, in Sihanoukville, famous for its white sand. Tourists are used to sharing trays of seafood there, when dusk comes, on plastic seats rented for a few riels, the Cambodian currency, from a street vendor. But, since the health crisis linked to Covid-19, picnickers are rare. Sihanoukville, with its barely marked four-lane roads, is strewn with unfinished construction sites – there are a hundred buildings under construction. Amid these black skeletons, Chinatown looks like a fortified base. At the entrance, guards monitor two large gates equipped with cameras.

Chinatown is just one of dozens of underground gambling and online scam complexes in Cambodia. There’s also White Sand 3, with its labor camp-like entrance and sinisterly barred windows; Victory Hill, whose several unfinished towers enclose large buildings. Other similar centers also exist on the borders with Thailand and Vietnam. In their enclosures live and work tens of thousands of people, under the rule of Chinese bosses in acquaintance with gangsters from various backgrounds.

The “dish where the pig is bled”

These “investment parks in digital industries”, according to their official designation, employ – often under duress – a predominantly Chinese workforce. Covid obliges, they have diversified, enlisting Khmers and foreigners, in order to penetrate new “markets”. “My mission was to find “clients” in five countries in Europe, including France, Spain and Italy”, explains Sem Chakrya (a pseudonym), a 27-year-old Khmer employed in Chinatown, in the mysterious Otres complex, during the summer of 2021. “I had four smartphones, each displaying a different profile, but with the same photo: that of a pretty girl of European type”, she continues. The young woman in the photo, whose nationality she does not know, was on site, coordinating activities with the Chinese manager, discussing by videoconference with the “customers”, if necessary.

Chakrya is only a link in what is called in Mandarin the sha zhu pan, that is to say the “dish where the pig is bled”. The victim is first harpooned on dating sites, then encouraged to participate in lotteries and other online games, or even to invest in cryptocurrency. It is a question of baiting her by first letting her earn small sums, to fatten her “piggy bank”, before ruining her by emptying her account. To fight against these scams, which have become a scourge in China, Beijing has multiplied repressive measures, leading to the relocation of these activities to poorly regulated countries in Southeast Asia. A Chinese arc of online crime has thus been formed, stretching from the Philippines to Burma, via Laos and Cambodia, and of which Sihanoukville is the “capital”.

You have 85.64% of this article left to read. The following is for subscribers only.

“It was apocalyptic”: twelve days after the volcanic eruption, inhabitants of the…