Barring exceptions, Chinese are no longer allowed to leave China 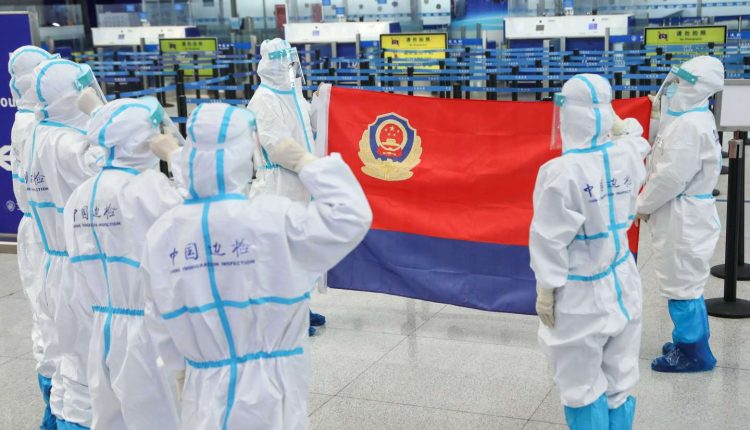 China announced on Thursday May 12 that it would “put in place a strict immigration policy” by limiting the “non-essential outings” Chinese passport holders. Already, in August 2021, the immigration services had limited the issuance of passports to citizens wishing to travel for their studies and work. While about 50 million Chinese live abroad, visiting them is therefore already no longer allowed to family members living in China. According to the online magazine Sixth Tonea number of Chinese are trying to circumvent the ban by obtaining fake employment contracts established abroad.

Read also: Article reserved for our subscribers Covid-19: new security tightening in Shanghai, under the impetus of Beijing

Officially, this restrictive policy is part of the fight against Covid-19. Conversely, the Chinese authorities do not want to formally prohibit their nationals living abroad from returning to the mother country, but they are doing everything to discourage them. Thus, since March 2020, more than 98% of international flights to or from China have been canceled, and ticket prices are prohibitive. Preventing the Chinese from leaving is a way of limiting the number of future returns. In 2021, China had 74 million entries and exits from its territory, a figure 79% lower than in 2019, before the pandemic. Similarly, in the first half of 2021, the country issued only 335,000 passports, or 2% of the total issued in 1er half of 2019. Symbolically, President Xi Jinping himself has not left the country since January 2020.

Passports kept at the police station

But this policy is part of a larger framework. In the name of the fight against corruption, more and more civil servants, members of the Communist Party or executives working in public companies no longer have the right to keep their passport at home but must hand it over to the police station. During the trip to China in June 2018 by Edouard Philippe, then Prime Minister, French business leaders complained to Chinese Premier Li Keqiang that their Chinese counterparts were no longer authorized to travel. “We invite the CEO, and it’s the marketing director who comes”, testified a French boss. “The higher you are in the hierarchy, the less you can travel”, summarizes a Chinese framework. The zero Covid policy has drastically accentuated this practice. At the end of March, the province of Hunan, in the center of the country, ordered all passport holders to hand them over to the police “until the end of the pandemic”.

You have 17.16% of this article left to read. The following is for subscribers only.