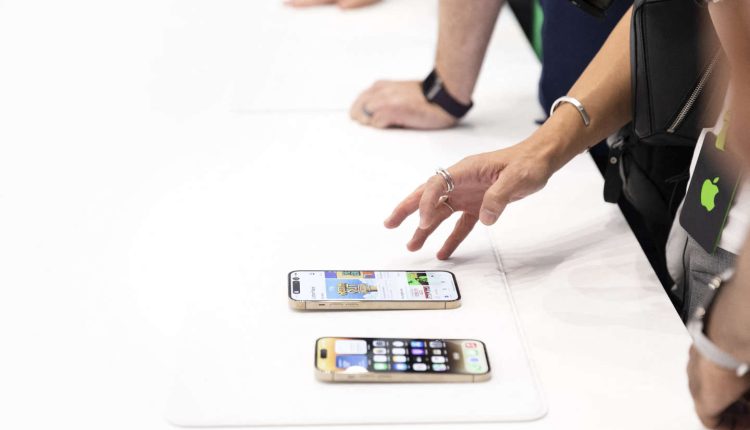 “We are excited to manufacture iPhone 14 in India. » With its inimitable laconic style, Apple confirmed on Monday, September 26, that, just three weeks after its launch, the company’s flagship product was partly produced outside of China. More precisely in Chennai, the big city of the South-East, in the state of Tamil Nadu.

Since 2017, iPhones have been coming out of Indian factories, but this is the first time that the American has taken the risk of entrusting its latest model to a local site. The producer is not unknown since it is the same as in China, the Taiwanese Foxconn. Apple plans to produce 25% of its smartphones in India by 2025, compared to only 3% today. It relies for this on its traditional partners, Foxconn, but also Pegatron and Wistron, all from Taiwan.

This will delight the Indian Prime Minister, Narendra Modi, who has made Make in India his priority. Moreover, Foxconn signed in 2022 with New Delhi for the construction of a giant chip factory, a colossal investment of nearly 20 billion dollars (20 billion euros). Taiwanese industrialists have also taken the opportunity to export their very questionable practices in terms of working conditions, which have caused several blockages of Foxconn and Wistron factories in recent years.

The Californian group is in the process of switching a good part of its logistics chain from China to South Asia. It plans to have nearly 20% of its watches, iPads and other electronic gadgets manufactured in Vietnam. He is driven by his desire to find new pockets of growth in a saturated global smartphone market.

India is the biggest market in the world, just behind China, and in Vietnam its sales have doubled since the start of 2022. But the apple firm is also being pushed there by the growing tension between Washington and Beijing. And the zero Covid strategy maintained by the Chinese government has not helped matters by disrupting a good part of the country’s industrial apparatus.

A symbol of this shift and of China’s difficulties, the latest forecasts from the World Bank, revealed on Tuesday 27 September, indicate that, for the first time in more than thirty years, Chinese growth should be lower than that of its southern neighbours.

The institution anticipates an increase of only 2.8% in gross domestic product against 5.3% for the rest of Asia, driven by the recovery in the price of raw materials, of which many countries are exporters, and the dynamism consumption. The Chinese locomotive, which represents 80% of the entire area, is lagging behind. Admittedly, the World Bank anticipates a rebound in 2023, but decoupling is underway. And we already know the beneficiaries.