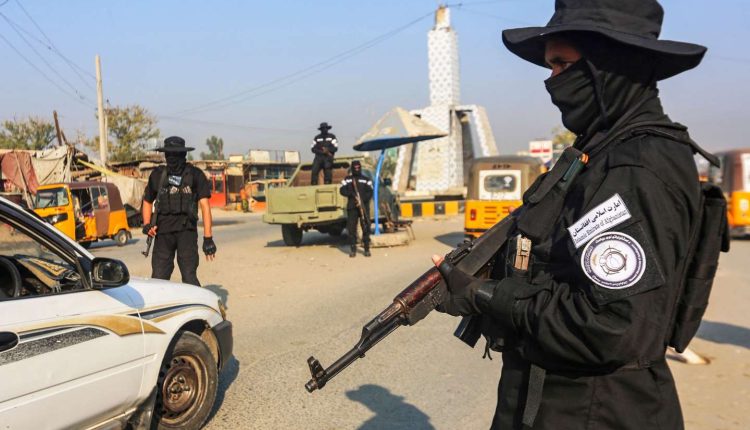 The Taliban authorities on Wednesday (December 7th) executed an Afghan convicted of the murder of a man. It is the first public execution since former insurgents took control of Afghanistan last year, a spokesman said.

This announcement underlines the intention of the new Afghan leaders to continue the policies implemented since their takeover of the country in August 2021 and to stick to their interpretation of Islamic law, Sharia.

The execution took place in the western province of Farah in front of hundreds of spectators, including many senior Taliban officials, especially from the capital Kabul and the province, according to Zabihullah Mujahid, the main Taliban government spokesman. The decision to apply the punishment was “taken very carefully Mujahid said, after being approved by three of the country’s highest courts and Taliban Supreme Leader Mullah Haibatullah Akhundzada.

Read also: Article reserved for our subscribers In Afghanistan, the return of Taliban ultra-rigorism

The executed man, named Tajmir, from Herat province, had been convicted of killing another man five years ago and stealing his motorbike and mobile phone. The victim, Mustafa, was from the neighboring province of Farah. Many Afghan men only use one name. Taliban security forces arrested Tajmir after the victim’s family accused him of the crime, according to a statement from the government spokesperson. The statement does not specify when the arrest took place, but adds that Tajmir allegedly confessed to the murder.

A promise of easing flouted

During the Taliban’s previous rule of the country in the late 1990s, the group carried out public executions, floggings and stonings of people convicted of crimes by Taliban courts.

After invading Afghanistan in 2021, in the final weeks of the withdrawal of US and NATO forces from the country after 20 years of war, the Taliban initially reassured by promising to be more moderate and allow respect for human rights. women and minorities. But the promises did not last long and girls’ education was eventually banned beyond the sixth grade, and access to sports halls revoked. The ruling Taliban had already carried out public floggings in various provinces, punishing several men and women accused of theft, adultery or running away.