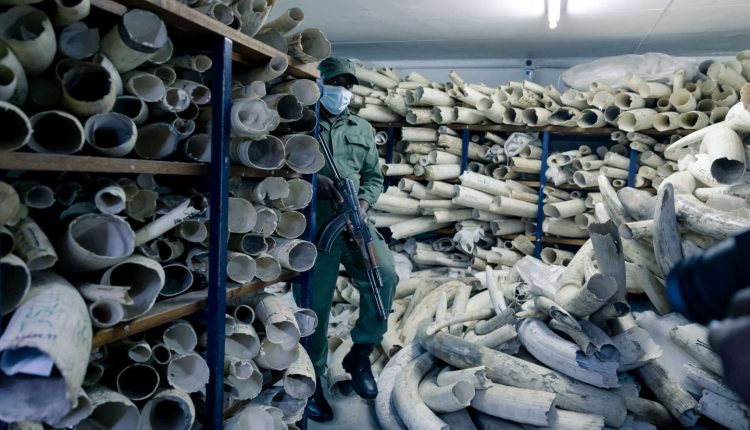 Zimbabwe on Monday (May 16) asked for the support of European countries for the sale, for a value of 600 million dollars, of its stock of ivory, the trade of which is prohibited. Cites (Convention on International Trade in Endangered Species of Wild Fauna and Flora) has governed the prohibition of the global ivory trade since 1989.

Parks and Wildlife Authority chief executive Fulton Mangwanya told European ambassadors in Harare on Monday that his country had 163,000 tonnes of ivory and 67 tonnes of rhino horn in its reserves. He estimated the value of the ivory at some $600 million. “The burden of having to manage a stock from which we cannot derive economic benefit (…) is painful for us”Mr. Mangwanya said.

A quarter of Africa’s elephants

European diplomats were treated to a tour of the vaults where ivory is kept in Harare. Mr. Mangwanya assured that if the sale was authorized, its profits would go to the local communities close to the animal reserves.

Read also: In Zimbabwe, 60 people have been killed by elephants since the start of the year

Sixty people have been killed since early 2022 by elephants in Zimbabwe. Zimbabwe’s request failed to win support on Monday. “The conservation and prevention of illegal trade in wildlife species are international issues due to the involvement of criminal organizations”Swiss Ambassador Niculin Jager said.

Three years ago, Botswana, Namibia and Zimbabwe demanded the right to sell their ivory acquired by natural death or confiscation, but their request was rejected by CITES in Geneva in 2019.