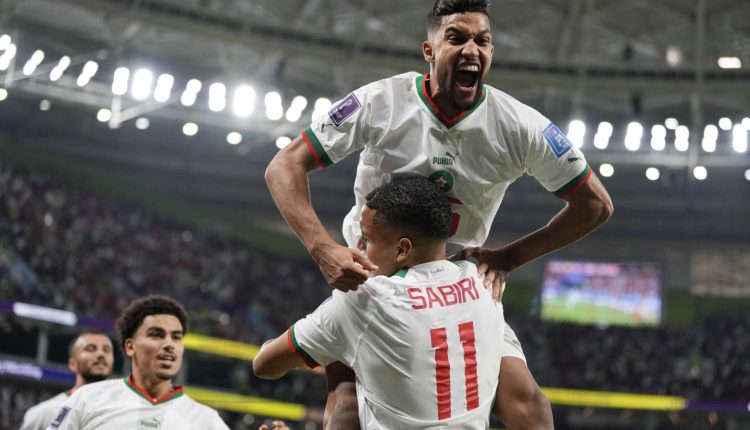 Qatari players can be jealous. Eliminated in the second match, they will never experience such an atmosphere for their World Cup at home. Sunday, November 27, during its victory against Belgium (2-0), the Moroccan team played like at home. And not just any house: a house that organizes a big party with enthusiastic and happy guests.

Although the Al-Thumama stadium is located in the southern area of ​​Doha, the round enclosure could just as well have risen to the south of Marrakech or Tangier. The Moroccan supporters having decided to fully play their role of twelfth man, even that of a thirteenth or fourteenth.

Every possession of the Belgian ball was booed, every offensive, every Moroccan defensive gesture was encouraged. Thus creating an atmosphere hostile to the Belgium of Eden Hazard, the second world nation in the FIFA rankings. Thanks to this victory, the Atlas Lions take the lead in group F, with four points, pending the result of the other match between Croatia and Canada (5 p.m.).

Read also: Belgium-Morocco: Moroccans win the match against the semi-finalists of the 2018 edition

Winners of their first match (1-0 against Canada), the Belgians tried to resist the ambient hostility. Led by Eden Hazard or Kevin De Bruyne, in the first period, they most often calmed this wind from North Africa by confiscating the ball. The Moroccans ran a lot and fought like demons against the Red Devils.

It was the Belgians who struck first by Michy Batshuayi (5e). The ex-Marseillais is countered by Munir Mohand Mohamedi, last minute goalkeeper of the Moroccans. A sleight of hand that escaped most observers since goalkeeper Yassine Bounou, born in Canada, was announced as a starter on the score sheet and he even sang the Moroccan anthem with his teammates before the kick-off. ‘mail. Uncertain because of physical concerns, the two side Achraf Hakimi (PSG) and Noussair Mazraoui (Bayern Munich) were present.

Withdrawn into their camp, the Atlas Lions emerged sharply. A second-hand ersatz was enough for the public to chant the name of Hakim Ziyech. The Chelsea striker’s shot went well over Thibaut Courtois’ goal (21e). Fifteen minutes later, Hakimi’s attempt was no more successful. But, during stoppage time in the first half, a Ziyech free kick sent the stadium into a frenzy. His strike surprising Courtois. The goal was rightly disallowed for offside by Romain Saïss, which obstructed the Real Madrid goalkeeper’s field of vision.

During the second act, the vivas and the Moroccan songs never wavered. And the Moroccans to follow the tempo of the stands by being more enterprising, managing to protect themselves from Belgian counterattacks. The Angevin Sofiane Boufal even thought of opening the scoring when his curled shot grazed the Belgian left post (59e).

Towards an epic Croatia – Belgium

But it was coach Walid Regragui’s choices that made the difference. One of the substitutes, Abdelhamid Sabiri, played the best goalkeeper in the world. Off-center on the left side, in an impossible angle, Sabiri scored directly, in front of a powerless Thibaut Courtois (73e, 1-0). Grumpy when he had just been replaced, Sofiane Boufal, who joined his bench by walking, offered himself a sprint to come and celebrate the goal with his teammates. The goal of the break – and Belgian disillusionment – ​​was the work of another substitute, the Toulousain Zakaria Aboukhlal, who converted in stoppage time an offering from Ziyech (92e2-0).

Annoyed by his team’s opening performance against Canada – a happy 1-0 victory – Kevin De Bruyne was uncompromising. “I think we can show more courage, be better with the ball and improve our performance. Individually, it’s the same: I was at the team’s level of play, that is to say below average, and I hope to do much better than that. »

He was not heard. This Belgium is far from the performances of Brazil, France or Spain. She will have to play her qualification in a third match which promises to be epic against the last finalist of the 2018 World Cup, Croatia.

For its part, Morocco has every chance of becoming the new darling of the tournament. Things got complicated on Saturday for the Arab teams after an encouraging start: Qatar was eliminated from its World Cup, Saudi Arabia lost its second match against Poland after its Argentinian exploit (2-0) , and the Tunisians, who had neutralized Denmark (0-0), experienced a disappointment against Australia (1-0).

Thursday 1er December, against Canada, the teammates of Parisian Achraf Hakimi will have the opportunity to validate their participation in the round of 16. A performance they only achieved once, at the 1986 World Cup in Mexico.