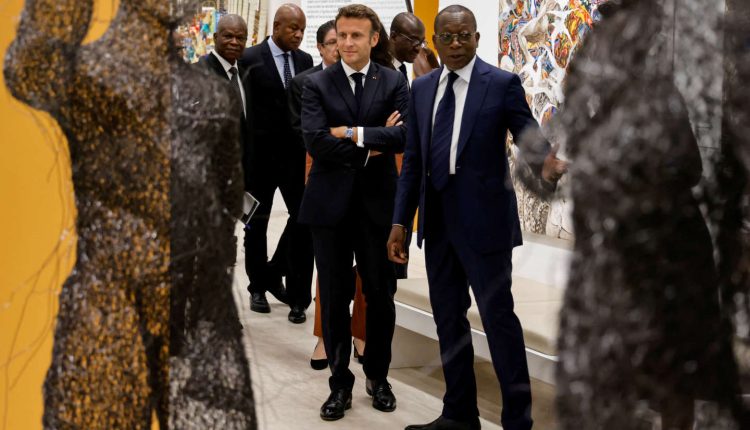 On September 19, the organizers of the Bamako Encounters announced at the National Museum of Mali the details of the next edition of this pan-African biennial devoted to photography, postponed to December due to the tensions that are undermining the country. Seated behind a table draped in red, the main partners of the event – ​​Andogoly Guindo, the Malian minister of culture, Bart Ouvry, the ambassador of the European Union in Mali, and finally the head of the Swiss cooperation office – successively took the microphone. One figure, however, was missing from the stage: French Ambassador Joel Meyer, expelled in February by the ruling junta.

Read the interview African art: “There is not even a discussion to be had on the restitutions, it is necessary to return”

The French Institute, which works to promote France abroad, must nevertheless provide 200,000 euros to the Bamako Meetings – a commitment signed in 2021, before the escalation of tensions between the two countries. That is almost half of a drastically reduced budget after the defection of several partners worried about the political situation in Mali.

In his speech, Minister Andogoly Guindo took care to thank the French contribution. But he was walking on eggshells. Five days later, on September 24, at the United Nations General Assembly, the acting Prime Minister of Mali violently attacked France, accused of “neocolonial, condescending, paternalistic and revengeful practice”.

“In our environment, there is no anti-French resentment, however assures the architect Cheikh Diallo, general delegate of the Bamako Meetings. The only policy we want to pursue is that of culture. » Will it make it possible to maintain a link at a time when the diplomatic machine is jammed?

From the Ouagadougou speech in 2017 to the Franco-African summit in Montpellier in 2021, Emmanuel Macron has made soft-power culture the keystone of its diplomacy in Africa. With a crucial issue: “convince the continent of our sincerity”summarizes Eva Nguyen Binh, president of the French Institute.

To burst the memory abscess and counter the undermining work carried out by Russia or China, France has made the restitution of looted African property one of its priorities. The return, in February, of the 26 treasures of Abomey to Benin enabled “to irrigate contemporary creativity, then to circulate it in France and to make it visible”said on 1er September the French president during the conference of ambassadors at the Elysée: “That’s what we need to deploy everywhere, because it profoundly changes the way many countries view France, that their public opinion or their youth have of France. »

You have 65.86% of this article left to read. The following is for subscribers only.