The despair of young Africans who left Ukraine: “I’m not asking for much, just the right to study” 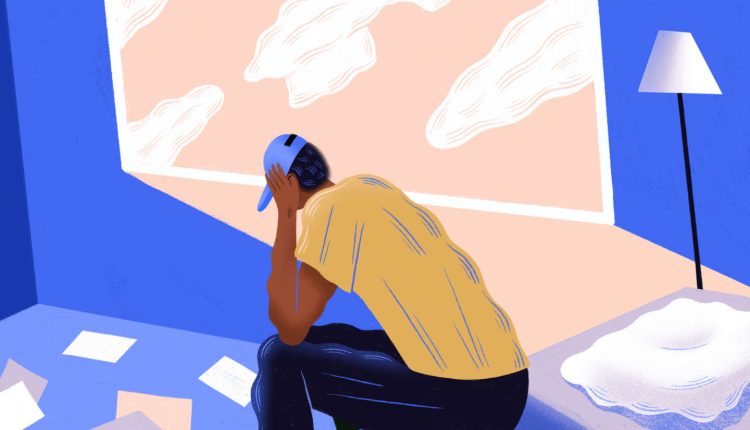 At 20, Rostambert Bangou Tcheubue survived the war, but he lost his carefree attitude. The Cameroonian student feels that his life is now just one “series of rejections”. Dressed in a yellow T-shirt with the logo, white trainers on his feet, he received guests in a badly heated studio. An impersonal aparthotel, located not far from Roissy airport, where he lives with two compatriots in misfortune, also arrived from Ukraine. For nine months, everyone has been struggling on a daily basis with the French administration.

For Rostambert Bangou Tcheubue, the ” Calvary “ begins on February 22, 2022. While living in Dnipro, where he is trying to enroll in the first year of computer science, he is awakened by the first Russian bombardments: “I wasn’t worried. In my opinion, it was not going to last. Then I received a panicked call from my cousin, who is studying in Mariupol. He told me to leave immediately. » The future suddenly seems uncertain to him. Because, like thousands of foreign students from Asia and Africa, the young man chose Ukraine for the quality of its scientific courses. His dream: to study computer programming to work in the world of artificial intelligence.

It is therefore reluctantly that the Cameroonian goes to Dnipro station, to take the direction of kyiv. “I managed to get on a train, but people pushed me away. In another, while I was on board, women yelled, “Black guy! a black !” A policeman took me down, he says, his voice choked. I then joined a group of Africans that the Ukrainian soldiers had ostracized. We broke through their blockade and we were able to board a train. We took refuge in a wagon, then we drove for hours, standing. »

“Why do the Ukrainians have the right to the red carpet and us an obstacle course? We all fled the Russian bombs! » Rostambert Bangou Tcheubue, Cameroonian student

After this racist bullying, they find comfort on the Polish side, where volunteers bring them food and blankets. A moment when everyone wonders about the strategy to adopt: join a European country or take advantage of the repatriation flights offered by some African States to their nationals? Rostambert Bangou Tcheubue opts to join France. “Going elsewhere in Europe meant having to learn a new language. I had already spent a year in Ukraine learning Russian, it was difficult”he justifies.

You have 69.81% of this article left to read. The following is for subscribers only.