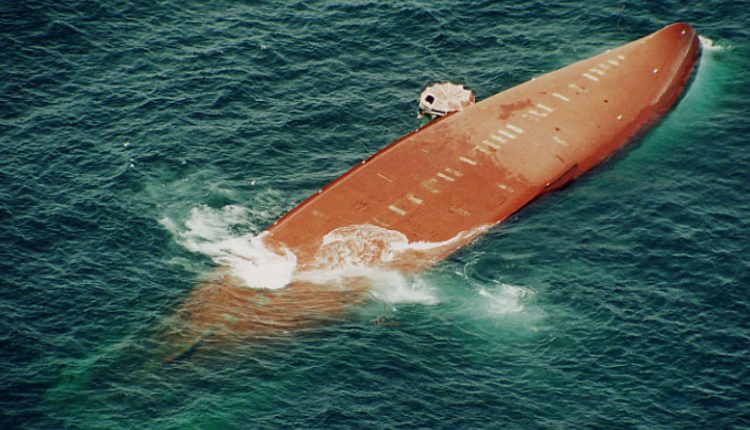 It is one of the most serious disasters in the history of the civil navy. On September 26, 2002 around 11 p.m., The Joola, a Senegalese-flagged ferry, was turning upside down off the Gambian coast, taking with it nearly 2,000 men, women and children, most of them trapped inside its hull. It provided the link between Dakar and Ziguinchor since 1991. By way of comparison, the titanic caused the death of some 1,500 people when it sank on April 15, 1912 during its maiden transatlantic voyage.

That Thursday, there are crowds at the pier in the capital of Casamance, as on every departure. The boat, owned by the State, represents a vital link with Dakar: its two weekly rotations make it possible to open up the southern region, partly cut off from the rest of the country by The Gambia, and seem safe, whereas at the time, the roads are sometimes attacked by armed gangs, probably separatists from the Movement of Democratic Forces of Casamance (MFDC), in conflict with the central authorities.

Read also: The “Joola”, this “Senegalese Titanic” saved from oblivion by literature

Under the port hangar cluttered with luggage, cans, crates and boxes, passengers have to make their way to pick up their reservations or buy the last tickets. The barriers, installed to channel passengers, are quickly circumvented by candidates for the crossing, mixing passengers, port employees, porters and… free riders.

Patrice Auvray is one of the 64 survivors of the sinking. In his work Remember the Joola (ed. Globophile, 2012), he remembers the atmosphere at the pier: “Those with a ticket are disciplined not to delay departure, but those without one try to find one or even smuggle the boat. At the entrance to the boarding hatch, the person in charge of passenger control is clearly overwhelmed by this infernal merry-go-round. If he calls out to someone, others pass behind him while he is busy…” It is 1:30 p.m. when The Joola set sail from Ziguinchor.

Thanks in particular to data collected by the families of victims, the French investigation report of October 2004 estimates that 1,928 people are on board, whereas the ship, nearly 80 meters long, was designed to carry 580 ( 536 passengers and 44 crew members). That’s more than triple its official capacity. Some 800 tickets were sold, but that’s not counting children under 5, who travel free, as well as soldiers and their families, the line being run since December 1995 by the army due to the security situation. in Casamance.

In the huge garage, freight rubs shoulders with parked vehicles: a truck, a refrigerated vehicle, four cars and a pick-up, for an estimated weight of 30 tons by the Senegalese investigation report of November 2002. They should be secured , but they are not. As for the goods, their total weight is estimated at 23 tons. A capacity which is not at its maximum, but the diesel and fresh water tanks as well as the ballast tanks which are used to balance the ship would have been only partially filled.

Near the mouth of the Casamance river, the island of Karabane will be the last stopover of the Joola. It is 4:30 p.m. New passengers (about 180) board and two dozen tons of goods are loaded. The casting off took place around 6:15 p.m. and the ship crossed the pass of the river around 7 p.m. After passing the last buoy, he is now heading for a direct route to Dakar. An amateur video of this evening shows the ferry particularly listing to starboard. The French investigation report specifies that “the cottage of Joola September 26, 2002 was not structural, but the consequence of a very poor stability due to its loading”. It’s raining, but the sea is not heavy.

The water begins to invade the ship and, in less than two minutes, the ferry lies down then turns over, keel in the air

At 10 p.m., the radio session with Dakar did not report anything. It will be the last. Around 10:30 p.m., a tropical squall coming from the mainland hit the boat: heavy rain and winds that could reach 35 knots (65 km/h). Exposed passengers from the starboard side decks moved to the other side to take cover. In the garage, unsecured vehicles and cargo also slide to port, causing The Joola on his left side. The swell is getting deeper.

Tilted to port, the ship was unable to regain its balance. Some portholes remained open and the large rear garage door was not fully closed. The angle of heel increases, the water begins to invade the ship and, in less than two minutes, the ferry lies down then turns over, keel in the air, at nearly 17 nautical miles (some 30 km) from Saniang Point, Gambia. It’s 10:55 p.m.

“I clung to the buoy”

Survivor, Mamadou Dièye said “You 2” used to take The Joola because he sang pieces of Youssou Ndour in the first part of the Jamoraye group to brighten up the trip. “From 11 o’clock in the evening until 6 o’clock in the morning, I was in the water. I hung onto a buoy. There was no moonlight, everything was dark with eddies in the water. The sea was very rough, he specifies. Many of my friends have disappeared: the music group, the bana-bana [les commerçantes qui faisaient souvent la traversée]people in the restaurant…”

Patrice Auvray and his companion, Corinne, manage to get out of the ship. They swim away from the hull, for fear of being swallowed up if it sinks. Then, noting that the ferry is not sinking, they approach it, hoping to find possible help by climbing on it. Weakened by an attack of malaria, Corinne is carried away in hollows of at least two meters and disappears. His companion manages to climb onto the hull. In total, about twenty people will manage to climb on the upturned boat, including a woman, Mariama Diouf, three months pregnant. Her child will be nicknamed “baby Joola”.

Until the early morning, when they will be rescued by canoe fishermen like those who still survive in the water, they hear calls from people trapped in air pockets inside the ship. “All night long we will faintly hear these distant cries. As soon as you stick your ear to the metal, these calls are amplified and you can distinctly recognize the voices of men, women and children taking turns. […] We avoid broaching the subject, because in fact everyone is asking the same question: “Will we come and get them out of there?” »writes Patrice Auvray.

Read also In Dakar, the fifteenth sinking of the “Joola”

On September 27, at 8:15 a.m., the trawler Artemisarrived at the scene of the sinking, informed the port of Dakar of the overturning of the Joola. An operation “search and rescue” (SAR) is triggered by the Ministry of Armed Forces. For its part, that of the interior launches the Orsec emergency plan. Trawlers are diverted to the ferry and four ships of the Senegalese national navy are dispatched to the area.

In Dakar and Ziguinchor, information, broadcast on the national airwaves, circulates like wildfire. Moussa Diémé remembers: “With my wife, Rosalie, we went to the port [de Dakar], where we found a huge crowd crying, shouting. » Three of their children were on The Joola : Marie (23 years old), Aïssatou (13 years old) and Mamadou (6 years old). “We only found one body, that of the eldest, three days later”he says.

At the time director of L’Océanium, a diving center, Haïdar El Ali decided to leave with his divers, where they arrived near the wreck in the early morning of September 28: “We were about thirty divers, with those from the navy, firefighters, underwater works. We dived intensely for four days. We were totally exhausted. I pulled 468 bodies from the Joola. The more time passed, the more complicated it became. The sun beat down on the hull, increasing the temperature of the water, and the presence of diesel degraded the bodies more quickly. »

Officially, 1,863 people of twelve nationalities are dead or missing

Officially, 1,863 people of twelve nationalities (Senegalese but also Gambian, Guinean, Malian, Mauritanian, French, Belgian, Dutch, etc.) died or disappeared. The National Association of Families of Victims and Survivors of the Shipwreck Joola lists 1,953 of them, families having come forward after the closure of the official list. Casamance youth has paid a heavy price. “Many students died, but also 444 new baccalaureate holders and students who were joining Dakar for the start of the academic year. And Ziguinchor is particularly hard hit: 971 people just for the city,” says Boubacar Ba, president of the association.

According to the Senegalese investigation report, ” The Joola had no security certificate since 1996 and navigation certificate since 1998”. In 2001, propulsion damage and technical shutdowns multiplied. The ferry is immobilized for a year for repairs. On September 10, 2002, he resumed his rotations. But the French investigation report points out that Bureau Veritas (a company specializing in testing, inspection and certification) has “clearly and frequently called the shipowner’s attention to the irregular situation of the vessel”, creating “a presumption of unseaworthiness”.

In August 2003, the Senegalese State decided to close the case without any criminal consequences. The captain of the boat, Issa Diarra, who disappeared during the sinking, is declared solely responsible, to the great displeasure of the families of the victims.

Today, The Joola rests about fifteen meters deep, depending on the tides. Haïdar El Ali, who dived several times on the wreckage, indicates that the superstructure of the ship broke up under the weight and now rests on sand: “Under the effect of the swell and the currents, mounds form on each side of the hull, as if it were digging its own grave. In several decades, these two hills of sand and silt will cover The Joola. »

Video Our investigation of the “African Titanic”
episode 1 Twenty years ago, a shipwreck called “Joola”