Senegal: the transformed face of Ziguinchor, twenty years after the sinking of the “Joola” 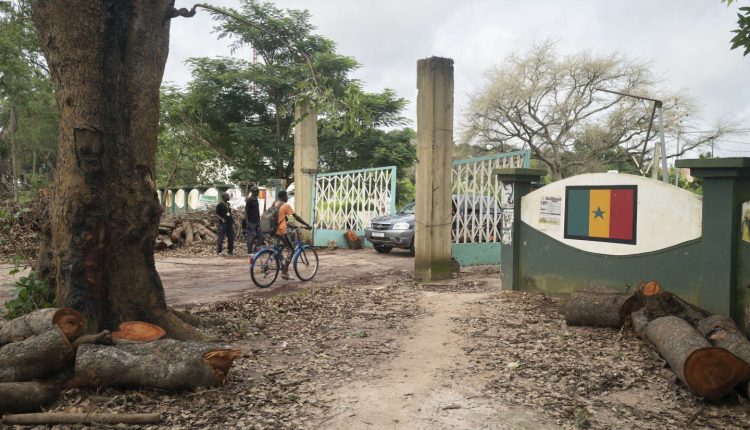 It is one of the legacies of Joola. The Assane Seck University of Ziguinchor was born in 2007, five years after the sinking of this ferry linking the capital of Casamance to Dakar. Nearly 2,000 people died in the boat, including “hundreds of students of the same generation” who were going back to Dakar after the holidays, recalls Mamadou Badji, current rector of the establishment. “Very quickly, the authorities decided to create a university in Ziguinchor to welcome the sons of the region and avoid a new disaster”he explains

During the first fourteen years, the number of students has multiplied by thirty, going from 250 to more than 7,400. However, this number remains significantly lower than the initial objective of 15,000 students in 2015. “The infrastructures do not follow and we lack the means”justifies the rector.

But the university participated in changing the face of Ziguinchor. “First employer in the region”, according to Mr. Badji, it has contributed to the economic and social development of Casamance and of this city of just under 300,000 inhabitants. With the recruitment of teachers and administrative or technical staff, a small middle class has emerged. “This translates into an increase in the number of cars and convenience stores in town”notes Melyan Mendy, professor of economics at the university.

Faced with new housing needs, the agglomeration has spread out towards the university. Entire neighborhoods have been built on new serviced areas, old rice paddies or agricultural fields. “People are investing in building small buildings to then rent out to students or university staff, but prices have gone up”, observes Mr. Mendy. The banking system has also developed, as evidenced by the opening of branches almost everywhere in Ziguinchor since 2015.

The health situation has also improved since the inauguration in 2010, within the university, of a training and research unit (UFR) in health. Specialists – absent until then or too few – have been trained in gynecology, anesthesia, biology or orthopedics and new hospitals have opened their doors.

“Medical transfers to Dakar or other regions are increasingly rarewelcomes Professor Alassane Diatta, director of the UFR. But if we have the skills, we still lack the equipment and a sufficient technical platform. » With one nurse for almost 4,500 inhabitants, the region remains below the standards of the World Health Organization (WHO), which recommends one for every 3,000 inhabitants.

Part 2 Article reserved for our subscribers In Senegal, the relatives of the victims of “Joola” continue the fight

But economic improvement is not only linked to the university. In 2015, Casamance was decreed “special tourist area of ​​national interest” by Senegalese President Macky Sall. Thus, any tourist operator who sets up in the region is exempt from tax and social charges for ten years. Measures which have attracted investors around the seaside resort of Cap Skirring – even if tourism has suffered badly from the Covid-19 crisis. To boost the sector, the city has just refurbished the runway of its small international airport, where Club Med customers land.

In twenty years, the infrastructures have multiplied, in an attempt to open up this region partly separated from the rest of the country by The Gambia. In 2002, the air link was poorly developed and out of reach for the vast majority of Senegalese. From now on, two companies operate daily flights between Dakar, Ziguinchor and Cap Skirring, with prices that have become accessible – from 65,000 CFA francs (around 100 euros) for a round trip.

A conflict now of low intensity

In addition to tarring part of the roads, the State has built several bridges to ease traffic in this region crossed by the Casamance River and its tributaries. “The sinking of the Joola also made it possible to speed up negotiations with the Gambian authorities for the construction of the Farafenni bridge over the Gambia River, which replaces a ferry that travelers could wait for several days”, says Robert Sagna, former mayor of Ziguinchor. Added to this is the increase in the merchant fleet with the commissioning in 2014 of two ships carrying freight and passengers, in addition to the ship Aline Sitoé Diatta which had been rotating since 2008.

Economic development would have been impossible without a marked improvement in the security situation. On the day of the Joola’s departure, many travelers had opted for the boat rather than the road, which had been attacked the day before by separatist rebels from the Movement of Democratic Forces of Casamance (MFDC), in conflict since 1982 with the central authorities.

“From the 1990s, combatants switched to the use of anti-personnel mines which increased insecurity on the roads”, explains Paul Diedhiou, professor and researcher in anthropology at the University of Ziguinchor, specializing in the Casamance conflict. Today, “The robberies have stopped and the connection has improved significantly”affirms Robert Sagna, currently at the head of the reflection group for peace in Casamance.

Part 3 Article reserved for our subscribers “A generation has disappeared”: in Senegal, Casamance permanently scarred by the drama of “Joola”

Demining work is underway and the conflict is now of low intensity. But all is not yet back to normal. “People have still not set foot in their villages and rice fields are still mined and therefore unexploited”, recalls Paul Diedhiou. In January 2022, clashes with rebels on the Gambian border claimed the lives of four Senegalese soldiers who were members of the West African military mission Ecomig in The Gambia. Two months later, the Senegalese army launched a military operation to “preserve the integrity of the national territory”.

“The attic of Senegal”

Beyond the security issue, efforts remain to be made to overcome the opening up. The Ziguinchor region, which produces 14% of Senegal’s 200,000 tonnes of rice, could be “the attic of Senegal”. But low yields, dilapidated equipment and difficult access to credit prevent this potential from being fully exploited.

Casamance has no highway or railroad, and its roads are still degraded. “The region remains forgotten by the central power. There is a glaring deficit in terms of road infrastructure, in particular to circulate the high production of fruit and vegetables”notes Abdou Sané, municipal councilor at the town hall of Ziguinchor, led by the figure of the opposition, Ousmane Sonko since January 2022. Result: many foodstuffs are still imported from Dakar at very high prices, creating supply problems. .

“We lack a processing plant for Casamance, agricultural or fishery products”, explains the economist Mr. Mendy. For lack of being valued on the spot, raw products such as groundnuts and cashew nuts are often rounded up by Chinese, Pakistani and Indian traders. While the vocation of the university was to “meet the needs of the regional ecosystem such as agriculture, agroforestry and tourism”according to the rector Mr. Badji, hope remains placed in the hands of the youth of Casamance.

Video Our investigation of the African “Titanic”
episode 1 Twenty years ago, a shipwreck called “Joola”
Part 2 Article reserved for our subscribers The relatives of the victims of “Joola” continue the fight
Video Divers filmed the wreck of the “Joola”
Part 3 Article reserved for our subscribers Casamance permanently bruised by the drama of “Joola”
Video The only surviving woman confides in the night of the tragedy
Episode 4 Senegal: the transformed face of Ziguinchor, twenty years after the sinking of the “Joola”

A draft resolution in the Russian Duma…

In Nepal, a new wind is blowing through…