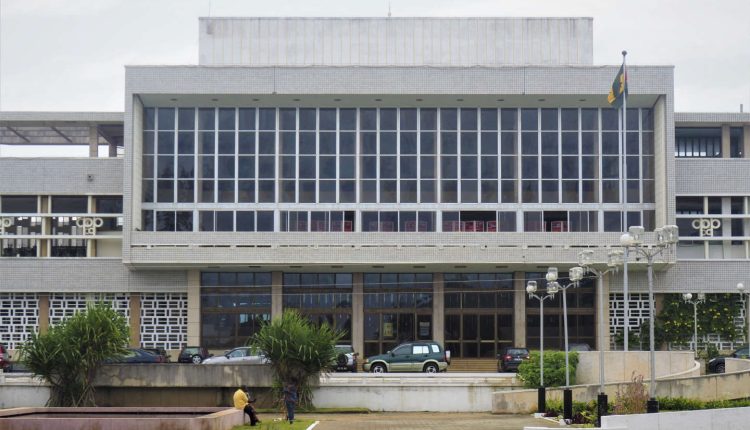 The center-left coalition in Sao Tome and Principe will stand in the legislative elections in scattered order on Sunday, September 25 and could lose its fragile majority to the center-right in this small, very poor Portuguese-speaking archipelago, accustomed to alternations and considered as a model. parliamentary democracy in Africa. Some 100,000 voters out of 215,000 inhabitants are called upon to renew the 55 deputies of the National Assembly for four years, at the same time as the regional and municipal elected officials.

Two major parties have been vying for the leadership of the country since its independence from Portugal in 1975: the Democratic Independent Action (ADI, centre-right) and the Liberation Movement of Sao Tome and Principe-Social Democratic Party (MLSTP-PSD , centre-left), in power.

In 2021, the Santomeans had elected an ADI president, Carlos Vila Nova, but the executive is exercised essentially by the prime minister, in this case Jorge Lopes Bom Jesus, of the MLSTP, since the victory of a coalition of left-wing parties. in the 2018 legislative elections.

A majority of the ADI and its allies on Sunday would therefore put an end to cohabitation at the top of the state. Even if the president exercises only an honorary function, he can play the role of arbiter in the event of a very short majority of one coalition or the other. If the left and center parties had managed to come together in 2018 to beat the ADI of Patrice Trovoada, former Prime Minister (2010-2012 and 2014-2018), they will appear disunited on Sunday.

A parliamentary system that asserts itself

The bet is all the more difficult since with a majority of only one seat (28) in 2018 thanks to the support of a wing of the Democratic Convergence Party (PCD), the MLSTP of Mr. Lopes Bom Jesus does not can no longer count on this movement on Sunday, the PCD having distanced itself. The popularity of the head of government and his party declined during his tenure. The one who said he wanted “fight against corruption” during his inauguration has faced corruption charges against his party since.

Patrice Trovoada, he returned to the country in mid-September after an exile in Portugal since his defeat in 2018. He is the favorite of the opposition. After fifteen years of a one-party Marxist regime, Sao Tome and Principe opened up to a multi-party system in 1991. Following several coup attempts, the last in 2003 and 2009, the parliamentary regime s This is affirmed and allowed several alternations between the ADI and the MLSTP, the latter being from the former single party.

This small Central African archipelago nestled in the Gulf of Guinea depends approximately 90% on international cooperation and aid for its infrastructure investments and its imports of finished products. Its main, relatively low, own income comes from cocoa and coffee exports, as well as tourism. Subsistence farming on very fertile land irrigated by abundant rains, as well as artisanal fishing, nevertheless provide a good part of daily food.

The forest area occupies more than half of the territory (54.1% in 2020), according to the World Bank. The unemployment rate was 15.9% in 2021, according to the International Labor Organization (ILO), but probably much higher in reality, when 15.6% of the population lives on less than $1.90 a day. day.

The archipelago – made up of two main islands, Sao Tomé and Principe –, where the vast majority of children go to school and where nurseries are numerous, appeared at 135e world rank out of some 190 countries in the 2021 UN ranking for the Human Development Index (HDI). Two-thirds of the population live below the poverty line, according to the World Bank.