Rwanda: the trial of Félicien Kabuga, “the financier of the genocide”, opens in The Hague 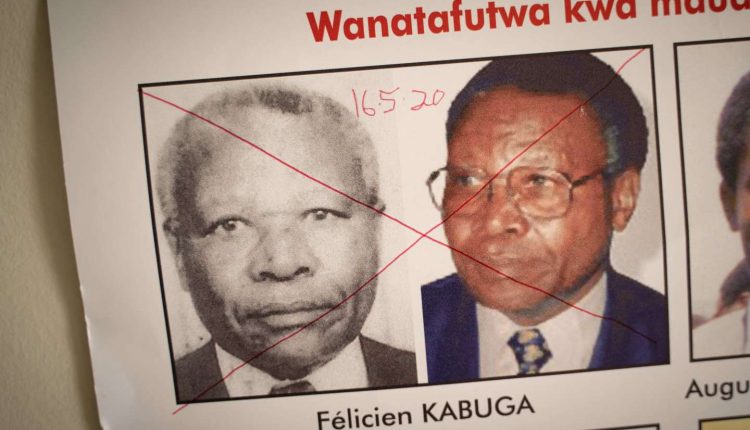 She’s called “genocide fundraiser”. The trial of Félicien Kabuga is due to open Thursday, September 29 in The Hague, before the judges of the UN Mechanism responsible for the latest cases of the International Criminal Tribunal for Rwanda (ICTR). The octogenarian is charged with genocide, conspiracy to commit genocide, direct and public incitement to genocide, and crimes against humanity for murder, extermination, assassination and persecution committed in 1994.

Arrested in May 2020 in Asnières-sur-Seine (Hauts-de-Seine), the man had defied international justice for a quarter of a century. His hunt had led ICTR investigators to Kenya, Belgium, Switzerland, Germany, and finally to France where he had been living for several years, with one of his thirteen children. Will the trial shed light on the complicity enjoyed by the former businessman? Above all, will it allow us to understand the financial workings of the genocide of the Tutsis, perpetrated in Rwanda in 1994 and whose balance sheet amounts to 800,000 dead according to the United Nations?

Also read the story: Article reserved for our subscribers How investigators arrested Félicien Kabuga, the alleged “financier” of the Tutsi genocide

The heart of the accusations is about his support “ material, logistics, financial and moral to the Interahamwe militias responsible for carrying out the genocide throughout the country. Félicien Kabuga will also have to answer for his role among the founders of the Radio-Télévision libre des Mille Collines (RTLM), an organ intended to “spread an anti-Tutsi discourse with the aim of eliminating the Tutsi ethnic group in Rwanda”, according to the indictment.

The former merchant who, at the time of the genocide, became the richest personality in Rwanda, is accused of having participated in the creation of the National Defense Fund (FDN) in Gisenyi, in the west of the country. This was to be used to purchase weapons and uniforms for Hutu militias and the army throughout the country. Félicien Kabuga was the signatory of several bank accounts in the name of the FDN. According to the prosecutor, “weapons and ammunition” had been brought to Gisenyi “via Goma airport”Zaire (now Democratic Republic of the Congo), in trucks marked with his initials to deliver supplies.

There is no guarantee, however, that the trial will lift the veil on the networks and methods of financing the genocide of the Tutsis. The indictment refers to the creation of the FDN, in April 1994, at the Méridien hotel in Gisenyi. This is “in this same hotel that met the Rwandan officials and the intermediaries in charge of negotiating the large arms purchase contracts whose amounts and commissions related to several million dollars, involved the Rwandan private banks and the headquarters of the shareholder banks Europeans who honored them”, explains the expert André Guichaoua who, in the early 2000s, had investigated on behalf of the ICTR on the financial aspect of the genocide.

You have 41.69% of this article left to read. The following is for subscribers only.