Rwanda: death of Théoneste Bagosora, “mastermind” of the Tutsi genocide 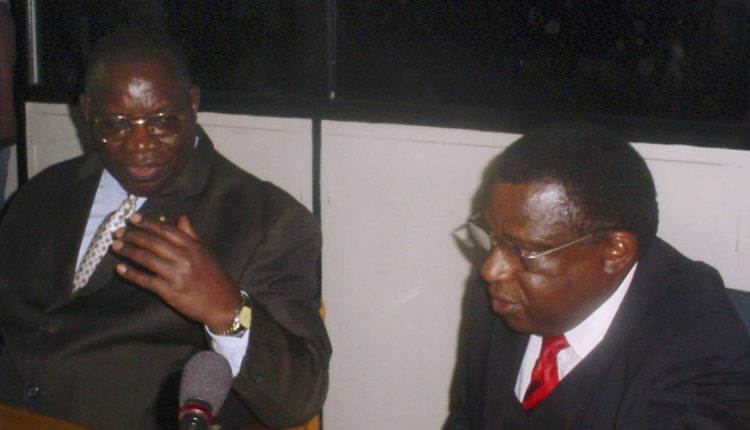 Sentenced to 35 years in prison by the International Criminal Tribunal for Rwanda (ICTR) for “genocide, crimes against humanity and war crimes”, Théoneste Bagosora died on Saturday September 25 in Mali where he was being held, officials said. Malians as well as his son Achille on Facebook. Incarcerated in Koulikoro prison with other personalities convicted by the ICTR of Arusha (Tanzania), the one that General Roméo Dallaire, who headed the peacekeepers in Rwanda in 1994, had described as “Mastermind of genocide” was 80 years old when he died in a hospital in Bamako, the Malian capital, where he had been transferred due to heart problems.

“At no other time have I seen anyone other than Bagosora at the helm, had testified the Canadian general in 2004 before the ICTR. It was unreal. They [ses collaborateurs et lui] were implementing a plan that we had heard about through many channels. ” Théoneste Bagosora was one of the highest Rwandan officials convicted of the Tutsi genocide which left between 800,000 and one million dead between April and July 1994.

Article reserved for our subscribers Read also Genocide in Rwanda: confidential chronicle of an announced tragedy

A former seminarian, Colonel Théoneste Bagosora graduated from the Kigali Officer School in 1964 with the rank of second lieutenant. He was promoted to colonel in the Rwandan army five years later and then retired in 1992, but he retained his post as director of the minister of defense. Théoneste Bagosora is also a member of Akazu, the “little house” in Kinyarwanda, a circle made up of Hutu extremists bringing together political and economic figures from Rwanda. On April 6, 1994, around 8:20 pm, when two missiles hit Juvénal Habyarimana’s presidential plane, Théoneste Bagosora was therefore number 2 of the highest military authority in the country and one of the ideologues of “Hutu power”.

This attack on President Habyarimana’s plane triggers the genocide. A few tens of minutes after the death of the president, Tutsis are massacred by the militiamen Interahamawe. As for political leaders opposed to Hutu extremists, they are killed in their homes by the Rwandan Armed Forces (FAR) and the Presidential Guard.

In July 1994, the General Directorate for External Security (DGSE) wrote in a note: “According to a moderate Rwandan Hutu personality, Colonels Bagosora, former chief of staff to the Minister of Defense, and Laurent Serubuga, former FAR chief of staff, are the main sponsors of the April 6 attack … Colonel Bagosora’s membership in the death squads gives substance to these allegations ”.

Read also Rwanda: a note from the DGSE delivers its version on the assassination of President Habyarimana

In another note, written in September 1994 and which will be declassified in 2015, the French intelligence services refine their analysis. “These two men have long considered themselves to be the legitimate heirs of the regime, writes the DGSE. Their retirement, pronounced in 1992 by President Habyarimana when they hoped to obtain the rank of general, was the source of heavy resentment and a noticeable rapprochement with Mr.me Agathe Habyarimana, widow of the president and often considered as one of the main brains of the radical tendency of the regime… This operation [l’attentat contre l’avion de M. Habyarimana] would have been premeditated for a long time by the Hutu extremists … The assassination of ministers of the moderate opposition and of Tutsi, less than half an hour after the explosion of the presidential Falcon, would confirm the high degree of preparation of this operation. ”

Found guilty by the ICTR

According to the report of the commission of historians headed by Vincent Duclert, which had access to the archives of the French state concerning the role of France in Rwanda (1990-1994), Colonel Bagosora strove to seize power in the hours following the attack. Corn “Despite the aura of persuasion of the retired colonel, the fifteen soldiers gathered [face à lui] do not resolve it, write historians. The double consultation of Roméo Dallaire then of the special representative of the secretary general of Booh-Booh [chef de la Mission des Nations Unies pour l’Assistance au Rwanda (MINUAR)] pushes in the same direction: for the two men, the formation of a new military government would never be accepted by the international community. “

Théoneste Bagosora was found guilty by the ICTR of the murder of several political figures, including that of Prime Minister Agathe Uwilingiyimana. Of moderate tendency, the one who was assassinated on April 7, 1994 in Kigali, should have taken power following the death of the present Habyarimana.

After the victory of the RPF, a politico-military movement made up of Tutsis from Uganda, Théoneste Bagosora fled to Goma, in the east of the former Zaire (now the Democratic Republic of the Congo), on the 14th. July 1994. On September 21, he threatened journalists from France 3 on the air. in the program “The march of the century: states of emergency”, which questioned him on its links with the “death squads”. Arrested in Cameroon in March 1996, Théoneste Bagosora was transferred to the ICTR detention center in January 1997 then sentenced to life imprisonment in 2008 before his sentence was reduced on appeal to 35 years imprisonment. In April, he had been refused a request for early release.

Asia-Pacific markets set to rise after…

The United States requests a Security…

In national education, the distribution…

Moscow and Washington keep the door of…

No Picasso NFT for sale, family…