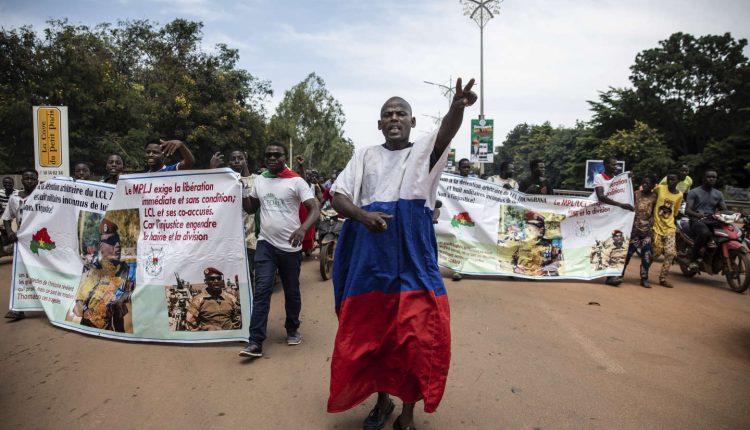 Saturday 1er October in Ouagadougou, one of the nightmares of the French authorities did not come true. A nightmare slowly instilled by Russia and which would probably have made Vladimir Putin happy, engaged for ten years on the African continent in a large and multiple enterprise of confrontations with Europe in general, and France in particular .

Saturday, in Burkina Faso, the outcome of the coup launched the day before by Captain Ibrahim Traoré (34), and other disgruntled young officers, against the junta installed for eight months at the head of the country, was still uncertain. The putschists then accused France of offering protection to the one they had decided to overthrow, Lieutenant-Colonel Paul-Henri Sandaogo Damiba, a 41-year-old “veteran”. In the streets of the capital, demonstrators brandishing Russian flags then attacked the symbols of the presence of the former French colonial power: embassy, ​​high school, French Institute, cultural center, Kamboinsin barracks where French special forces are stationed engaged since 2013 in the fight against terrorism in the Sahel and who, the following year, had exfiltrated the ousted former president, Blaise Compaoré, a longtime ally of Paris.

Construction of a narrative

What if the anger of a population exhausted by jihadist violence in the north and east of the country (2,000 dead, 10% of the population displaced) were added to the fight that the soldiers are waging? And that the situation degenerates into looting of property, even violence against the approximately 3,000 French people living in the capital? All under the distant, but very interested, gaze of Moscow? For months, Russia has been blowing, through social networks and a few battalions of activists, on the embers of anti-French resentment which, in Burkina Faso as in neighboring Mali, has been smoldering since their respective independence more than sixty years ago. year. “Our priority, during the first forty-eight hours, was to deliver a double message. Firstly, France is not taking sides in an internal Burkinabe crisis and, secondly, the red line not to be crossed is the safety of our nationals.relates an official French source. Fortunately, the agenda of the Burkinabé soldiers did not join that of the pro-Russian anti-French movements, calm quickly returned. »

The worst has been avoided, but the images of the attacked embassy and the vandalized French Institute are all clear signs of animosity towards France. In parallel with a growing influence from Moscow? When the putschists led by Captain Ibrahim Traoré finally prevailed, their leader declared on Radio France International: “Russia is a state like any other. We are already in partnership, as you can see. » If the Russian flags waving in the streets of the capital were brand new, “we did not find any trace of direct Russian involvement in this coup”reassures the diplomat.

You have 59.29% of this article left to read. The following is for subscribers only.