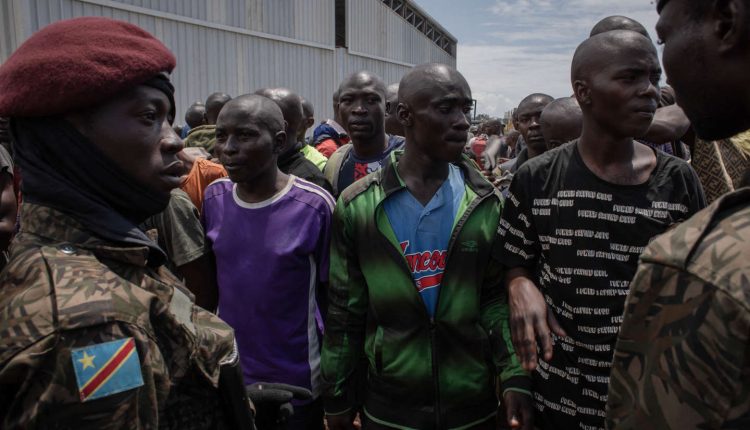 An agreement has been reached for a “immediate ceasefire” from Friday evening in the east of the Democratic Republic of Congo (DRC), announced Wednesday evening November 23, the Angolan Minister of Foreign Affairs at the end of a mini-summit in Luanda.

Congolese President Félix Tshisekedi notably met in the Angolan capital with the Rwandan Minister of Foreign Affairs, Vincent Biruta, in the absence of President Paul Kagame, to try to put an end to the recent tensions in the east of the DRC and after a previous ceasefire agreement reached in July failed.

The parties agreed to demand the withdrawal of the rebels of the March 23 Movement (M23) “occupied areas” and their “return to their initial positions”, said Minister Tete Antonio, at the end of the meeting which lasted all afternoon. The ceasefire is due to come into effect Friday at 6 p.m. local time.

Read also: In eastern DRC, the advance of the M23 rebels causes panic

They also endorsed the “continuation of the full deployment of the regional force” of the East African Community (EAC, also EAC in English) decided in June. “Initially Kenya will deploy its contingents in Goma, and then in Bunagan, Rutshuru and Kiwanja”says the final press release.

“If the M23 refuses to disengage and liberate all the territories they currently occupy, the EAC Heads of State will instruct the regional force to use force to induce them to submit”adds the text of the agreement.

Prior to these talks, the members of the United Nations Security Council had called on Tuesday for an end to the fighting, the withdrawal of the M23 from the occupied areas and an end to “any external support to non-state armed actors, including the M23”.

In Luanda, the delegations were received by the Angolan President and mediator appointed by the African Union, Joao Lourenço.

The eastern DRC has been plagued by violence from armed groups for almost thirty years, many of them inherited from the wars that bloodied the region in the wake of the Rwandan genocide of 1994.

After a lull, the region has been experiencing a resurgence of tensions since the end of October. The rebels of the M23, a former Tutsi rebellion which took up arms again at the end of 2021, accusing Kinshasa of not having respected agreements on the demobilization of its fighters, took ground by advancing on Goma.

The DRC accuses Rwanda of supporting this rebellion, which Kigali systematically disputes. Kinshasa affirmed on Tuesday that he was ” out of the question “ to discuss with the M23 rebels before their withdrawal from the areas they occupy in the east of the country.

“The conditions are known: you withdraw from the occupied localities and, at that time, we take stock to see how to integrate you into the process as planned at the start”said government spokesman Patrick Muyaya.

A ceasefire had been concluded in July in Luanda. But the agreement between the heads of state of the two neighboring countries was immediately violated on the ground.

The Burundian Head of State, also President of the East African Community, Evariste Ndayishimiye, was present in Luanda as well as the former Kenyan President, Uhuru Kenyatta, as EAC facilitator for peace in ground floor.