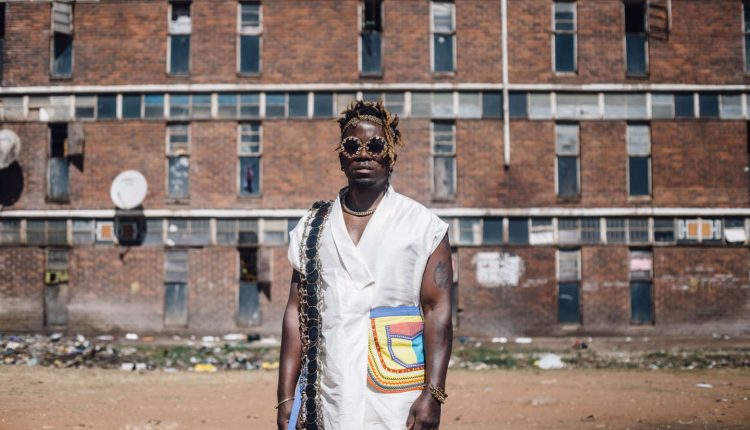 Carte blanche given to musicians is too often used as a pretext to invite friends over. This is not the case for the one that the Musée du quai Branly-Jacques Chirac, in Paris, gave to Blick Bassy as part of the exhibition On the road to the chiefdoms of Cameroon – From visible to invisible, presented until July 17. Hailed in 2019 for the terrible beauty of his album 1958a tomb in memory of his compatriot Ruben Um Nyobé, an independence activist killed by the French army, the Cameroonian musician and producer took the invitation to heart to the point of imagining seven artistic proposals that combine concerts, dance, storytelling and film .

Read the picture: Article reserved for our subscribers Blick Bassy is doing something new in memory of the old

“It was an opportunity for me to materialize the different ideas that go through my headexplains Blick Bassy, ​​freshly arrived in Paris from his village of Mintaba, in Bassa country (south-west Cameroon). I have more and more the intention to invest myself in the cinema to participate in the creation of a national narrative and awareness of the richness of our ecosystem. » And to deplore that his country has kept ” the name the Portuguese gave it, the land of prawns” when the national anthem “is not a copy of The Marseillaise “. He knows that the task is immense since “Cameroon is an Africa in miniature with 270 different languages ​​and that there is no national language like Bambara in Mali”.

A short film about lullabies

The one who published a first novel in 2016, The Moabi cinema (Gallimard, “Black Continents” collection), therefore does not intend to limit itself to music. He made a short film around lullabies from the audiovisual and sound collections of the Quai Branly Museum, in which the Cameroonian model Diana Bouli, known to users of the TikTok application, plays. Always taking advantage of the resources of the inviting power, Blick Bassy took the initiative to use the musical instruments that sleep in the reserves: “I wanted to bring them to life by interviewing them and Emil Abossolo Mbo [acteur camerounais connu pour son rôle dans le feuilleton Plus belle la vie] will play the role of the journalist. As they go out, I also asked stylist Murielle Kabile to create custom costumes for them! ».

“In Cameroon, we have a dance for mourning, births, healings, but also to welcome the dictator who traumatizes us at the airport”, he recalls. It was therefore necessary that the choreographic art constitute the apotheosis of his participation. This will be, in June, the show Bikutsi 3000from the name of this music-dance, for therapeutic purposes, born among the women of the Beti people as a means of affirmation.

You have 58.73% of this article left to read. The following is for subscribers only.