“Morocco, from village to village”, on France 5: between tradition and permaculture, the 21st century at the gates of the desert 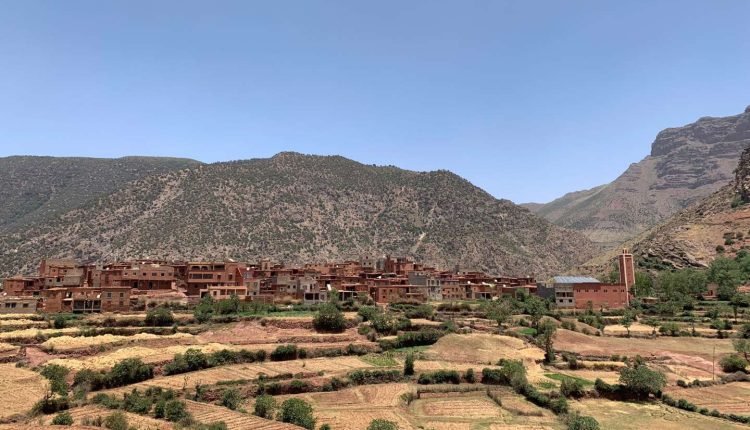 “How do you live in an isolated village? » The question, banal in generality, could apply to any country. For his return, Ismaël Khelifa, who alternately presents the magazine “Echappées belles”, poses it to Moroccans and Moroccans. But not to city dwellers. Only to those of ten villages particularly invested in their development – ​​a welcome originality.

Starting with Ait Ben Haddou, ksar (fortified village) in southern Morocco popular with filmmakers (Ali Baba and the 40 thieveswith Fernandel, lawrence of arabia, with Peter O’Toole). Loubna Mouna, female pilot who created a solidarity tea room with 44 other women, serves as a guide: “Equality between men and women is just natural” in Morocco, she says.

Read also: Western Sahara: between Morocco and Algeria, the diplomatic war is raging

Modesty, propriety? Ismaël Khelifa does not ask him more about the status of women in Morocco. Just as a little further on, in the souk of Tahanaout, when he recalls his childhood spent in Algeria with his father, he does not address the question of Western Sahara, which is fueling a diplomatic war between Morocco and the ‘Algeria.

Throughout the dialogues, however, the role of women appears to be essential. So with Zoh Eddiraa, the first woman to have climbed Mount Toubkal, the highest peak in Morocco (4,167 meters), in 1977, today a nurse and innkeeper. Always smiling, the presenter seems to want to print his benevolence, both with the locals and with the viewers. To do this, he stages himself: at the barber’s, in Tamegroute, at the gates of the desert, or during a pottery session. With assumed awkwardness. The smile becomes contagious at the sight of an argan tree south of Agadir, the “magic tree” which makes goats climb up the branches – the argan provides work for 3 million people in Morocco.

And what could be friendlier than a meal? Gastronomy occupies a central place here: grilled fish and oysters in Oualidia, a famous surf spot; traditional Berber breakfast in Imlil; saffron cooking in Taliouine, the condiment capital; cherry cake at Saïd, farmer. Each time, the welcome is warm and confident. Surrounded by his young wife, Saïd details the education of their children: “There are two schools in the village, a Koranic school and a normal one. The children go to Koranic very early, then they come home around 7 o’clock, have breakfast and go to normal school. »

The same generosity in Brachoua, where the village is coming back to life thanks to a gardener who is a permaculture trainer. In Aït Mohamed, Ismaël Khelifa meets a young Berber on the cattle market. The latter will invite him to the heights with his nomadic parents, under the tent. Before a last look at the desert and its landscapes “truly breathtaking”. A real beautiful escape…