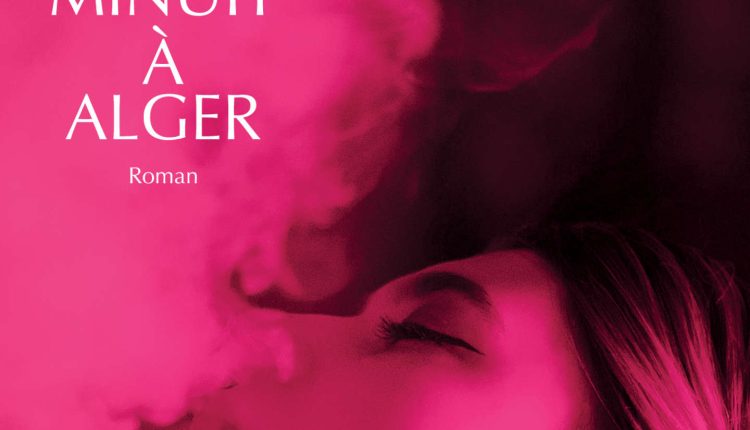 With a dark mood and a raw heart, the seductive Safia is back in Algiers after two years in Paris. She immediately reconnects with her acquaintances, members like her of the upscale youth of the country, of those who live in “Dore-land” and who spend their lives scouring the restaurants, nightclubs and other private parties in the capital.

This fauna lives in a self-segregated environment where excesses are the rule: wearing exclusively luxury brands, driving foreign big cars too fast, going out every evening until the end of the night, getting drunk excessively on strong alcohol , shoot cocaine in order to feel “ready to tear the world apart”to have not amorous relations but “sexual transactions” while waiting for the day of the wedding, where one will line up. “I want to dissolve, annihilate myself, succumb”assumes Safia in a brave tone. “I program my self-destruction mechanically, night after night. » But what reality really hide his incessant nocturnal trips?

For his first novel, Midnight in Algiers, the novelist Nihed El-Alia chose the form of the logbook in order to better narrate the dissolute life of her heroine. Safia talks about it, allowing the sorrows that inhabit her to surface despite her apparent cynicism and detachment. This is how she bears the memory of her very close cousin Sarah, whose suicide left a deep mark on her and pushed her away. From her parents who are more attentive to their careers than to their offspring, she only receives shreds of affection. Finally, when a man arouses her curiosity – as is the case with M., whom she met at a wedding, but of whom she knows nothing –, she must content herself with the faint hope of meeting him again by chance in the city.

At night, behind her self-deprecating facade, Safia conceals a deeply bruised soul and the carefully buried dream of a true love relationship. By day, each new morning brings her back more violently to reality, pushing her to see the inanity of her life and to hate herself: “I feel dirty inside and out. I would like the hot water running over my skin to cleanse me from the inside, as if to erase all the shadows on my soul. »

However, the novel is not limited to describing the procrastination of a poor little rich girl. The novelist, we understand, takes a critical look at the deepest anxiety of her character: the hatred of her own society, the limits of which she observes without managing to find meaning in it. Through Safia, symbol of a privileged but lost youth, Nihed El-Alia denounces the rigidity of Algeria today, padlocked by the political class and the religious potentates.

From this Algiers micro-society that she shows, it is not only a two-speed system that she highlights, but also a world where social hypocrisy reigns and where young people, blocked in their momentum, without projects and without hope, feel trapped: “During the day, Algiers takes off her fishnet stockings and puts on her haik. This town has a form of personality disorder. Bipolar, narcissistic, Algiers is sick. »

Read also: “Thus are made the lianas”, a thriller to shed light on the complex reality of eastern DRC

How far will Safia go in her duplication? Will she manage to recover from the slump of her existence, and to take what path? “I have this vague feeling that a diffuse threat is floating over the city, as if something serious was going to happen”, said the young woman again, conscious of the haunting gravity of reality.

Served by a strong, feverish writing, with often striking formulas, and a form that leaves room for surprise, Midnight in Algiers embarks the reader in the hallucinated wanderings of Safia. Drawn from the author’s own experience (who preferred, as a protective measure, to sign her book with a pseudonym), the novel finds an echo far beyond Algeria, wherever the youth she either from Africa or elsewhere on the planet, feels on the verge of implosion.