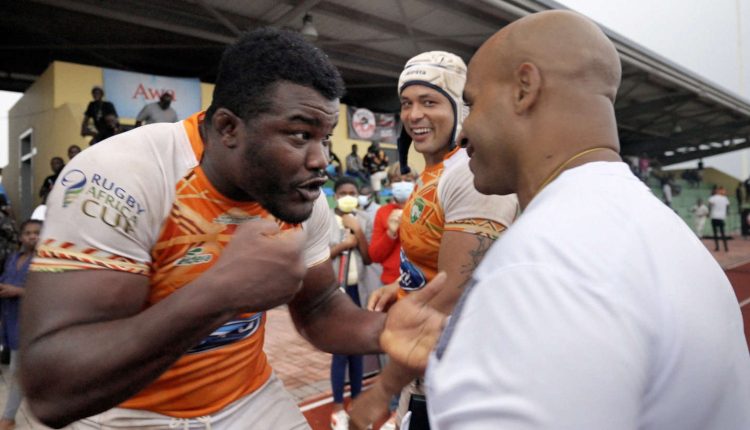 In 1995, Côte d’Ivoire became the first black African country to participate in a Rugby World Cup. A “one shot” marked by the accident of the Ivorian winger Max Brito, who finds himself paralyzed for life following a shock during the match against Tonga. A quarter of a century later, the Elephants – the name of the national team – set out to repeat the feat and qualify for the World Cup, organized by France in September 2023.

Nobody believes in it, apart from them… and Max Brito, who has become a legend in his country. The staff called on him to motivate the troops. In a wheelchair, he occupies a central place in the documentary which traces this above all human adventure, returning to the months which preceded the first ax match of July 3, 2021, against Namibia.

The scenario, in the form of a countdown, begins at D − 122 precisely with an interview with Max Brito, serene in the face of the images of the day when his life changed. “It made a ‘crack’, it’s as if I was being unpluggedhe says. I felt like I was extinguished like a fir tree. » Then the film oscillates between the bare grounds of Abidjan and the French stadiums. Thus, in Capbreton (Landes), during training at D − 70 to select the dual nationals playing in France who will strengthen the Ivorian team – whatever the continent, the sessions end with dances and songs.

The stress is rising

AJ − 28, the eighteen Ivorians from France find the thirteen preselected Namibians. Some are discovering their country of origin for the first time, like Elias Coulibaly, 21, a law student and player at Stade Français. Issa Bassono, a 20-year-old three-quarter center, invites him to stroll through the neighborhood of his childhood, where everyone dreams of the Top 14.

Finally, only twenty-five will be retained. Heavy responsibility for Bakary Meité, 38, captain of the Elephants, third line at US Carcassonne. To get the best out of his players, he will use all means, including the most extreme. It offers, by the way, the funniest sequences of the film. Among them, the awakening of the team at 2 am by soldiers for a night warm-up; or even an anthology cryotherapy session. Nevertheless, at D − 10, we are no longer laughing; at D − 5, six men leave the group; at D − 1, the stress rises.

It’s finally D-Day. “I’m not asking you guys to play rugby, I’m asking you to leave everything on the pitch. » The captain’s words apply to the match against Namibia in 2021, but also apply to the match against Zimbabwe in the quarter-finals of the 2022 African Cup – broadcast live following this documentary. On the other side of the screen, fully inflated, the viewer also wants to believe it.

The Awakening of the Elephants, by François Bordes and Franck Guérin (Fr., 2021, 52 min). Follow-up of the quarter-final of the Africa Cup live between Zimbabwe and Ivory Coast, at 8:50 p.m.