Karim Khan: “Above all else, we must find the facts and establish the truth” 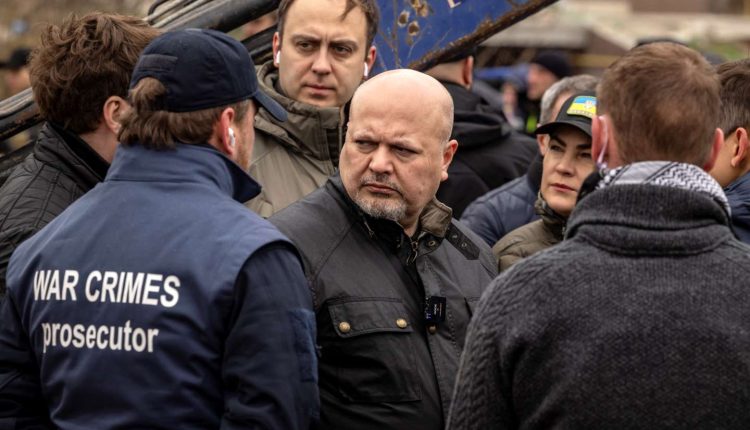 The prosecutor of the International Criminal Court (ICC) opened an investigation on March 2 into crimes committed in Ukraine. The Court had been seized by kyiv following the annexation of Crimea in April 2014. A year after taking office, prosecutor Karim Khan reviews his strategy in the 16 countries where investigations are underway.

How does the ICC’s investigation relate to that conducted by the Ukrainian courts?

Next week, 42 ​​investigators will be sent to Ukraine. This is the largest deployment ever undertaken by my office. Thirty of them have been seconded by the Dutch government, including forensic scientists and analysts.

First and foremost, we need to find the facts and establish the truth. I don’t care whether justice will be served by the ICC or by national authorities. The main thing is that the investigations be credible, honest and independent, and that a judge can then decide. And I am very happy to work with the Ukrainian authorities. We also have a cooperation agreement with the Joint Investigation Team [créée sous l’égide d’Eurojust, le 25 mars] established by Poland, Lithuania and Ukraine. We will be able to access the shared documents. For our part, we are not going to share all our documents, because we have an obligation to look at the actions of all the parties to the conflict, whether the regular forces, on each side, or the irregular armies.

Since the beginning of the conflict on February 24, 42 States – including the countries of the European Union – have expressed political, but also financial and human support. How do you see this support?

I think this moment will go down as one when international law is not seen as an inconvenience, but as a protection for a society and its values, as well as for peace and security. This kind of partnership shows that the dynamics of judicial cooperation can be changed – not only in Ukraine, but everywhere else. National justices have significant capacities and can allow less costly and more efficient procedures. Instead of The Hague being the base of international criminal justice, we can create a common front of national investigators and prosecutors, national courts, and the ICC, while preserving the independence of each of these institutions. This changes the approach of picking from the law what seems favorable to you while rejecting the rest. States must understand that the law applies to everyone, and therefore also to themselves, even when it is uncomfortable. Otherwise, the price to be paid can be catastrophic.

You have 66.1% of this article left to read. The following is for subscribers only.