Ivory Coast: how Abidjan manages to contain the jihadist push in the north of the country 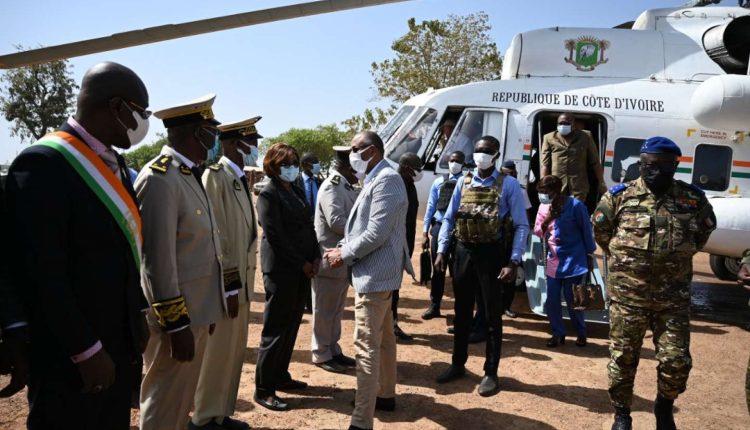 Along the roads of Bounkani, a region in the far northeast of Côte d’Ivoire bordering Burkina Faso and Ghana, the buildings still smell of fresh paint. Dispensaries, schools, community granaries, drinking water supply or electrification programmes: in the villages adjoining the huge Comoé National Park, hundreds of panels present the construction sites in progress and the projects just inaugurated.

Long marginalized, the north of Côte d’Ivoire is now the focus of special attention from the government and international development agencies. The series of attacks, in 2020 and 2021, unclaimed and attributed by the authorities and security experts to Sahelian jihadist groups, is at the origin of this reversal.

Alongside the provision of basic services to the population, youth employment is considered an absolute priority to avoid seeing young people from the north join the jihadist groups that are rampant in the sub-region. In early January, President Alassane Ouattara also decreed that the year 2023 would be “that of youth”.

Surprises by the scale of the terrorist attacks and by fear of seeing a jihadist hotbed set up on its soil, the authorities first sought to consolidate their security response: revision of the military map for the benefit of isolated regions, construction of barracks, dispatch of special forces, purchase of military equipment, reorganization of the intelligence system, granting of a 13e months salary to the soldiers.

So many actions which, according to Abidjan, made it possible to record no attack in 2022, while, at the same time, Benin and Togo experienced a growing deterioration of the security context in their northern part. But “the threat is still there” recall in chorus security specialists, area experts and politicians who are concerned about the presence of “sleeper cells”. In December 2022, armed groups carried out attacks in villages in southern Burkina Faso, across the border, causing the arrival of dozens of refugees.

Convinced that the military response cannot do everything and that idleness partly explains the attraction exercised by jihadist groups, the government, with the support of several international donors including France, launched a plan in January 2022 in favor of young people in the amount of 32 billion CFA francs (some 49 million euros) over three years. The six regions in the north of the country from which Bounkani benefit.

You have 66.15% of this article left to read. The following is for subscribers only.