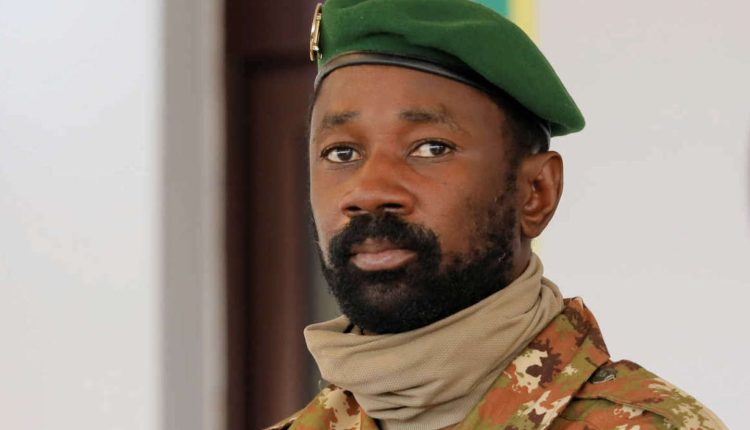 A high-level mission dispatched to Mali by the Economic Community of West African States (ECOWAS) met Thursday, September 29, the head of the junta, Colonel Assimi Goïta, to try to resolve the diplomatic crisis with the Côte d’Ivoire, AFP correspondents reported. Progress appears to have been made towards releasing the 46 soldiers held in Mali since July 10.

“Things will work out by the will of God”, said a senior Malian official to an AFP correspondent on condition of anonymity. He cited the efforts of various stakeholders and added: “We are not going to disappoint them. »

Read also: Ivorian soldiers detained in Mali: the junta warns against any “instrumentalization” of ECOWAS

The delegation, which arrived around noon, left at the end of the afternoon without making a statement. “That doesn’t mean it’s a failure. The Malians have been very understanding”underlined a source close to the delegation on condition of anonymity. “Attached to its sovereignty, Mali remains open to dialogue”said the head of the junta on social networks.

The mission was made up of Ghanaian and Gambian Presidents Nana Akufo-Addo and Adama Barrow and Togolese Foreign Minister Robert Dussey, who represented President Faure Gnassingbé. It had been mandated by the leaders of the member states of ECOWAS meeting at the summit on September 22 to try to find a solution to the diplomatic quarrel between Bamako and Abidjan over the fate of 46 Ivorian soldiers arrested on July 10 on their arrival in mali.

The Malian junta had warned before receiving the mission that it would not allow a solution to be imposed. “We will listen to them (…). But if it is to impose decisions on Mali, it will not pass “, Foreign Minister Abdoulaye Diop said earlier this week. The day before the mission, the junta also dissociated itself from the sanctions imposed by ECOWAS on neighboring Guinea.

Read also: Article reserved for our subscribers The case of Ivorian soldiers detained in Mali impacts cultural relations between the two countries

Mali and Guinea, members of ECOWAS, are suspended from its decision-making bodies to sanction the seizure of power by soldiers who overthrew civilian regimes in August 2020 in Mali and in September 2021 in Guinea, and their prolonged stay in power. head of these countries. In addition to sending a mission to Mali, the ECOWAS summit on September 22 decided to suspend all assistance and transactions by the organisation’s financial institutions with Guinea.

The Malian government said to itself ” besides “ by these measures. Expressing a “unwavering solidarity” with the Guineans, in a press release he decided “to dissociate itself from all the illegal, inhuman and illegitimate sanctions taken against [cette] Sister Republic ».

Mali was itself subjected from January to July by ECOWAS to a severe trade and financial embargo punishing the military’s plan to stay in power for up to five more years. The junta has since pledged under pressure to hold elections in February 2024, and ECOWAS lifted the embargo. But individual sanctions remain in force against members of the junta. Guinea was one of the few to show solidarity with Mali in the face of January sanctions, and kept its borders open with it.