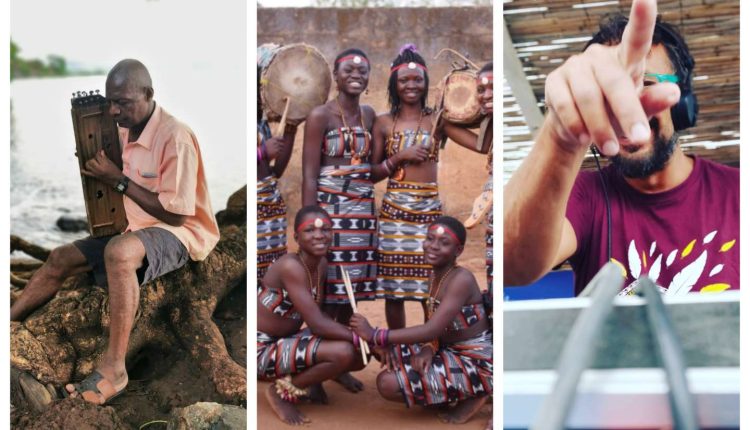 Each Wednesday, The World Africa presents three new musical releases from or inspired by the continent. This week, make way for encounters with the joint album of the Mahoran group Sarera and members of the Lyon label Blanc Manioc, a track by the English group The Go! Team with the Beninoises of Star Feminine Band, and a record by French producer Guts bringing together the cream of Cuban and Senegalese music.

Located between Madagascar and mainland Africa, the French department of Mayotte is not known for its almost non-existent electro scene. The Scrapbook Walimizi (“cultivators”, in shimaoré), published on Friday November 18, is therefore a first, in that it brings together the typical sounds of the archipelago and the amplified music.

The project, born during a residency organized by the Kayamba festival in June 2021, brings together the local group Sarera and its traditional instruments (the “gaboussi” guitar, the “dzendzé” zither, etc.) and the Afro-electro label Blanc Manioc, based in Lyons. Three tracks were created (which were then remixed by the Frenchman Praktika, the Reunion “neighbors” of Pangar or the Tunisian Deena Abdelwahed), while the music video for Tsindzaka invites us to discover moringue, a combat sport from the Indian Ocean.

“Look Away, Look Away”, from The Go! Team (feat. Star Feminine Band)

It’s a deliciously vintage sound that was born from the meeting between the British of The Go! Team and the Beninese Star Feminine Band, whose members are aged 12 to 19. Look Away, Look Away – whose title reproduces the lyrics of the chorus in an astonishing way “work, work” – is from the album Get Up Sequences Part Two, which the Brighton group will release in February 2023.

It was Ian Parton, its leader, who took the initiative for this collaboration and sent a mobile recording studio to Natitingou, 500 kilometers north of Cotonou, to capture the voices of young girls. These sum up the message of the song as follows: “No stupid job, no laziness! » For their part, they published their second opus at the beginning of October, InParis, registered – as its name suggests – in France.

Finally, direction Dakar and more precisely the studio La Boutique, not far from the island of Ngor, where the French producer Guts, former beatmaker of the rap group Alliance Ethnik, gathered three “delegations” from Africa, the Caribbean and Europe. Objective: to pay homage to Afro-Cuban music, a distant heritage of the triangular trade which saw the crossbreeding of several traditions.

In Senegal, the mythical Orchestra Baobab is part of this line. And it is quite naturally that its singers Assane Mboup and Alpha Dieng joined their voices to those of the Cuban Akemis Carrera and the French Pat Kalla and David Walters on the title Nunca Pierdo. Many other guests (including rapper Samba Peuzzi and the duo Djeuhdjoah & Lieutenant Nicholson) are present in the album, which is entitled Estrellas and came out at the end of October.

Read also: Africolor puts on a show: the musical selection of “World Africa” #128

Democratic Republic of Congo: at least 131 civilians killed in Kishishe and Bambo by…

Mohammed bin Rashid: We are optimistic…

In Ukraine, “the onset of winter…