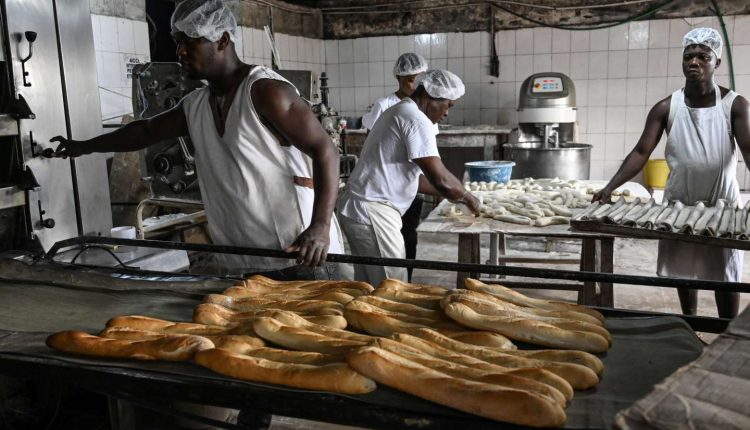 At first glance, Dinah Ajilong-Epedu’s shop looks like any Ugandan bakery: a dozen fresh loaves are displayed on a shelf, muffins protected by a bell are placed on the table and bags of cookies fill the counter .

But, in the kitchen, the shopkeeper adds a particular ingredient to her products, kept preciously in a large metal box: a flour transformed from cassava roots. “Now, I often attract curious people, who ask me in Luganda, the local language, if this is where there are cakes at muwogo »laughs the baker.

This is the case of Helen Akiror, originally from the east of the country, a region where cassava is the staple food for the vast majority of meals. “I ate it almost every day in my family, but either in its traditional form, simply boiled in water, or by mixing its flour with millet to prepare kalo, a kind of paste, she says. In Kampala, the young woman consumes it much less regularly. She would never have imagined tasting such cakes. “I was expecting a bitter taste, or something quite hard to chew, but not at all! It’s very tender on the palate.” wonders the market clerk.

Well before opening her first bakery more than twenty years ago, Dinah Ajilong-Epedu was already testing cassava-based recipes at home. She also grew up in the east, and couldn’t see herself cooking without using products from her region. But it took him several years and dozens of batches before obtaining satisfactory results. “For cookies, for example, I can only use cassava flour, but for bread, you have to find the right proportion with wheat flour, to prevent it from hardening too much during baking”she explains.

Other traders in Kampala now come to him for advice on following his example. A sign, for the baker, of a change in the perception of cassava in the capital. “The first time I explained to a customer how the cookie she had just eaten was made, she remembers, she put it down immediately and left the shop. After this episode, I was almost discouraged. »

You have 57.74% of this article left to read. The following is for subscribers only.