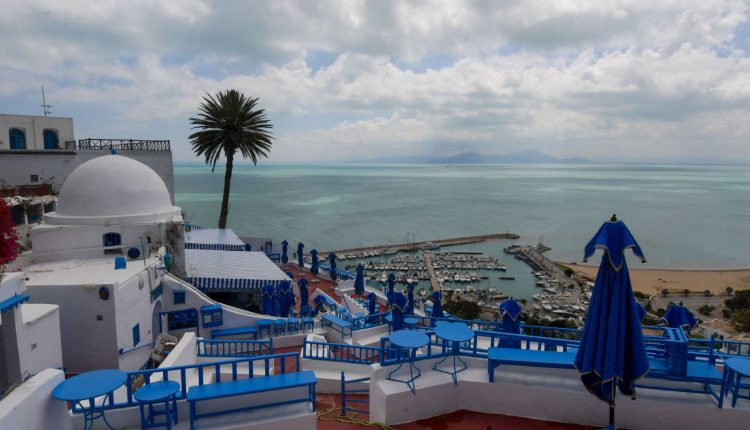 The green and red flags of the Sufi brotherhoods once again adorn the alleys of Sidi Bou Saïd overlooking the Gulf of Tunis. For four days, from August 7 to 11, the tourist village, listed as a UNESCO World Heritage Site, lives to the rhythm of the Kharja, a procession of two Sufi brotherhoods. During certain rituals, such as the Aïssaouias, the disciples sing and dance until they enter a trance. Out of sight, more formal ceremonies also take place, during which new followers take an oath. A tradition that is experiencing a new lease of life, after years of decline marked by the rise of Salafism and the health crisis.

Read also: Article reserved for our subscribers Tunisia: “The presidential project for a new Constitution is dangerous”

Sufism is an esoteric current of Islam whose objective is the search for a fusion with the divine. Aly Cherif, gallery owner, and native of Sidi Bou Saïd, joined this community at the age of 9, fascinated by “men with big mustaches and jasmine in their hair who came to our house every year to sing and dance”. His family belongs to one of the branches of the Sufi tradition imported from Meknes, Morocco, at the end of the 15th century.e century, the brotherhood of Aïssaouias.

“At its beginnings in 1840, the Kharja was above all a social eventrecalls Aly Cherif. It symbolized the meeting between two villages of farmers and fishermen. The people of Ariana [une ville du Grand Tunis] came to spend their holidays in Sidi Bou Saïd and a tradition of paying homage to the saints of the villages was established between the two communities, in order to give the blessing to the harvests to come for the year”, explains Aly Cherif. This meeting then became a mystical and popular festival, an integral part of Tunisian heritage.

Despite its popularity – nearly 10,000 spectators came each year to attend the Kharja before the pandemic – this festival was threatened with extinction, like the rest of Sufi heritage, because of the Salafist attacks perpetrated after the 2011 revolution. n rigorous Islam, Sufism is considered a heresy.

In 2013, nearly forty mausoleums were set on fire across the country, including that of Sidi Bou Saïd, which dated from the 13e century. It has since been restored, but this episode left a deep mark on the community. “It was a very dark time for us, there were threats of terrorist attacks and shootings that directly targeted our events, we had to stop everything,” remembers Aly Cherif.

In 2014, with other inhabitants and the disciples of the brotherhood of Sidi Bou Said, they form a human chain to protect the Kharja which takes place without the disciples of Ariana, because of security threats. “It was about showing our resistance against extremism. This channel has also solidified our support among the population,” underlines Aly Chérif, specifying that before the revolution, this diversity was less marked.

On the Ariana side, “There were more supporters and connoisseurs of Sufism than Salafists, so we had the upper hand. But, like others, we had to stop our activities for four years because of the threats,” explains Nader Karrout, member of the Sufi brotherhood.

Read also: In Tunisia, justice suspends the dismissal of about fifty judges decided by President Saïed

After these dark years, then the heavy impact of the Covid-19 pandemic, the revival of the procession is a great celebration. “We feel much safer than before, we feel that things are back to normal”, comments Aly Cherif. Evidenced by the discreet police presence around the village, but, above all, the compact crowd in front of each ritual.

“The Kharja of Sidi Bou Saïd has really kept this social aspect beyond the religious, of the meeting between the communities and that also drains the public. It is popular Sufism, very accessible and very much based on musical aesthetics,” explains Youssef Bayari, president of the Ariana Heritage Protection Association, who adds that over the centuries the dances and songs have been perfected, becoming real artistic performances. According to Nader, Sufism also attracts by its tolerance and openness. “The mausoleums welcome everyone. They are places of refuge for the marginalized, the poorest,” he adds.

Today, if the Sufi heritage finds its audience after years of ups and downs, it still lacks valorization, according to director Walid Tayaa, who made a documentary between 2004 and 2010 on the Sufis of the Aïssaouia current and the importance music in religious ritual “to get out of the somewhat exotic and superficial vision that foreigners had of Sufism, he explains. It is an intangible heritage, which is essentially based on transmission. »

Read our summer series on the women of the continent Article reserved for our subscribers La Kahena, mythical Berber queen with a thousand faces

The singing masters take over by teaching music, rituals and texts to the youngest, which explains the family nature of the brotherhoods where knowledge is passed down from generation to generation. But they have no recognition on the institutional level and many live in precariousness, specifies the filmmaker. “It’s a pity, because some die in the most absolute poverty and are forgotten, without their status being recognized as artists or guardians of a very important heritage”, he concludes.