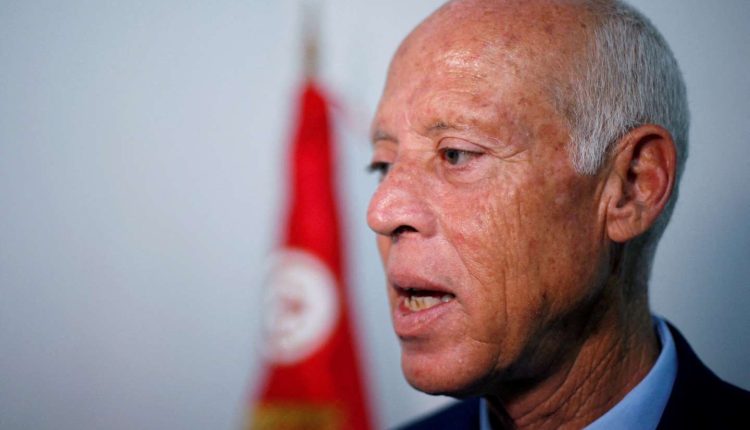 “Even under the dictatorship of Zine El-Abidine Ben Ali, we have never been confronted with such a liberticidal text. » Regional Director of Amnesty International in Tunis, Amna Guellali has not hidden her concern since the publication, on Friday 16 September, by the President of the Republic, Kaïs Saïed, of a decree-law which officially aims to fight against cybercrime but pose a significant threat to freedom of expression.

Thus the text punishes with five years in prison and a fine of 50,000 dinars (15,600 euros) any person who “deliberately uses communication networks and information systems to produce, promote, publish or send false information or false rumours”. The penalty incurred is up to ten years in prison in the event of defamation against a State official.

Media specialist, academic Larbi Chouikha points out the scope of the text which, he says, “does not only concern journalists”. “All citizens publishing, disseminating, relaying information on social networks are liable to imprisonment if this information is deemed to be false, warns the researcher who had participated in the work on freedom of expression following the 2011 revolution against Ben Ali. At the time, we had done everything to obtain that, if the defamation is proven by the judges, the sanction is only pecuniary and not penal”, he recalls.

In Tunisia, social networks play a major role with nearly 7.7 million people connected out of a population of 12 million. Facebook was an important information-sharing tool in the early months of the 2011 revolution. “It is true that currently a lot of false information and unverified rumors are circulating in Tunisia, but to fight against it, we must use regulatory mechanisms, not repression”, insists Larbi Chouikha.

The National Union of Tunisian Journalists issued a statement demanding that the presidency withdraw this decree-law. “The text violates article 55 of the Constitution guaranteeing freedom of expression”, underlines the president of the union, Mehdi Jelassi. The country’s new fundamental law, drawn up by the presidency, was approved by referendum on July 25 with 94.6% in favor but with a participation rate of 30.5%.

For Mr. Jelassi, this decree is part of a context where the authorities “try to muzzle the media and virtual space”. In recent days, he reports, several journalists have complained of difficulties in reaching official interlocutors to question them on the socio-economic problems of the country, which is confronted in particular with food shortages. “It is clear that the presidency is preparing for the legislative elections in December, there is a desire to control information”, he adds, recalling that a circular was already published a few months ago, obliging any representative of the State to obtain the prior agreement of the head of government before talking to a journalist.

More seriously, in less than a month, several journalists have been mistreated. On September 6, the editor of an online newspaper, Inhibit, and pro-Palestinian left-wing activist, Ghassen Ben Khalifa, was arrested at his home by a dozen police officers and detained for five days. He was suspected of being the administrator of a Facebook page spreading false information. “I had never heard of this page, but, based on the complaint filed by a citizen for defamation and the link between an IP address and my phone, they detained and questioned me”, says the journalist, who was questioned by the brigades in charge of cybercrime and anti-terrorism.

Lack of reaction among the population

On September 18, Sofiene Ben Nejma, a journalist with the state radio, RTCI, was beaten in a police station after coming to file a complaint for a robbery of which he had been the victim. According to his testimony, he would have started filming with his telephone the insulting behavior of the police officers towards the complainants before being taken into a room by officers who attacked him.

Read also: In Tunisia, the drift of Kaïs Saïed

Photos of the journalist’s swollen face have gone viral on social media, sparking outrage. According to Mr. Jelassi, the reaction of the authorities was immediate. The Interior Ministry has initiated confrontation proceedings between the journalist and his attackers, who have been suspended as part of the ongoing judicial investigation. “This is the only positive point in a very worrying context”, notes the union official. Many observers are also worried about the lack of reaction among the Tunisian population after the publication of a text that could be used to silence dissenting voices. “Unfortunately, it has almost become commonplace for serious decisions to be published in the Official newspaper unilaterally, with a total absence of public debate”, highlighted Amna Guellali.