In the footsteps of Fela: the musical selection of “World Africa” ​​#135 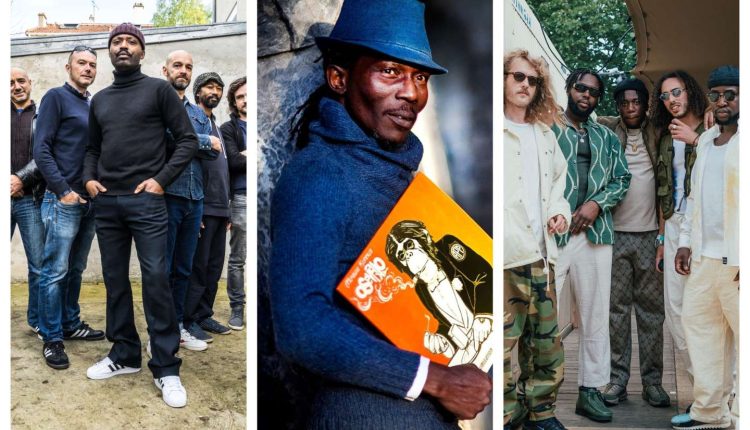 It is the first French Afrobeat group to have performed at the Felabration, an annual high mass dedicated to Fela Kuti, in Lagos. Three of its members were also part of Oghene Kologbo’s OK Band, who was himself a guitarist in Africa 70, the formation of the “Black President” in the 1970s. Roforofo Jazz, a Parisian collective of six musicians and a rapper, released his first album, Running the Way, Friday January 20, after the EP fire eater in 2021. Given their pedigree, Afrobeat obviously holds an important place, while fading away according to the eight titles in favor of hip-hop, jazz and funk. With its keyboard chords, the piece Shawarma is eyeing the side of ethiojazz.

A chimpanzee in a costume pulling on a cigar. Judging by the cover of the album as well as its title – APP (Accumulation of Profit & Power) –, it looks like a Fela Kuti record. This is no coincidence, since Muyiwa Kunnuji is one of its worthy heirs: he was its last trumpeter in the group Egypt 80, which took over from Africa 70 from the 1980s. in Nîmes, in the south of France, the Nigerian, accompanied by nine musicians and singers – the Osemako group – released this opus of six titles in early December with an eminently political tone. The piece Recipe of Death thus intends to condemn “the acquisition of personal profit and power at the expense of collective well-being”.

It’s not just in France that we follow in Fela’s footsteps. In London too, where many formations evolving between jazz and afrobeat claim the heritage of the one who studied at Trinity College of Music from 1958 and recorded the disc London Scene in 1971 at Abbey Road Studios. Among them, the quintet Ezra Collective, who recently unveiled their cover of the legendary Lady on the occasion of the 50th anniversary of the album Shakara, released in 1972 and reissued on January 13 by the Partisan Records label. Of this version that accompanies the new vinyl (pink) in limited edition, the drummer and leader of the group, Femi Koleoso, specifies: “The original remains unbeatable, but I hope this remix will get you dancing too. » Bet won.

Find all the musical favorites of the editorial staff in the youtube playlist of World Africa.

In Senegal, justice opens investigations into the embezzlement of response funds…