In the DRC, women held in the maternity ward for unpaid childbirth 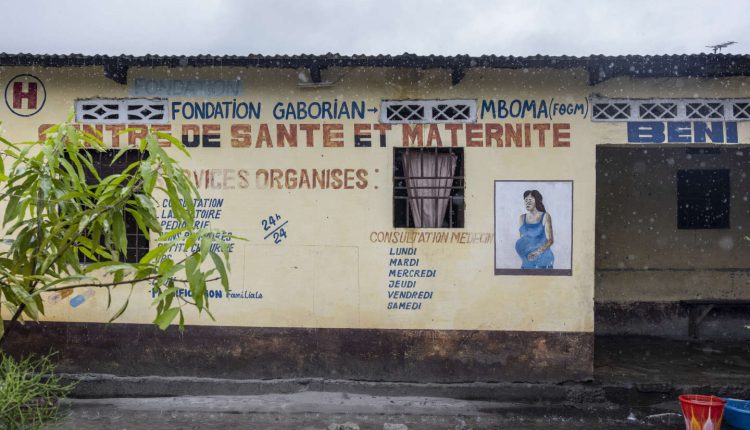 In front of the Bénédiction maternity door, the baby baths have been taken out to collect the raindrops. Located in the district of Mpasa, in the northeast of Kinshasa, this small private health structure does not have running water. The roof is sheet metal, the walls blackened concrete and the gynecological table is an old metal structure covered with brown plastic.

Next door, behind a closed door, three women sit on beds with their infants in a cramped room. These babies are between two weeks and one month old and have only known these four walls: their mothers are detained there against their will because they cannot pay the costs of childbirth.

“It’s like serving a sentence”, breath Pascaline Ngusu in a whisper. The 20-year-old woman gave birth three weeks earlier to her first child and owes the maternity hospital around 40 euros. “The father left me as soon as he learned that I was pregnant. I then argued with my family because of this. I have no financial support.” she explains. To feed herself, she depends on what the staff wants to give her. And refuses to name her child before returning home.

“These women are prisoners”

Lying on the bed next door, Rebecca Matzonga chose to call her two-week-old son Hope. ” I want my freedom back so I can take care of my other children at home. My husband is disabled so he can’t take care of it while I’m a prisoner here.” she let go.

Charged with watching over the captives, the nurses seem equally distressed by the situation. However, they assure that this practice is inevitable: “We can’t let them go with their babies, because unfortunately we can’t run maternity at a loss,” one of them explains, lowering her eyes. The stated goal is to give relatives of young mothers time to collect the money.

That day, the bills are finally paid by the Grace World Foundation, a private organization that has campaigned since 2017 for free childbirth in the DRC and has freed thousands of Congolese women held throughout the country. “These women are prisoners and sometimes suffer abuse from the medical profession. They find themselves abandoned by their husbands when they do not want to pay the debts”, advances Grace Mbongi, the director, to explain her commitment.

In the DRC, the cost of childbirth varies according to the health structures, both public and private. In the cheapest, it takes between 10 and 20 dollars for an uncomplicated birth and 150 dollars for a cesarean section. Most of the time, pricing is fee-for-service: families must therefore pay for medical interventions, equipment and drugs used, in a country where 64% of the population, or nearly 60 million people, live with less than 2 dollars a day.

Not for long ? President Félix Tshisekedi has promised the establishment of Universal Health Coverage (UHC), the strategic plan of which was presented in December 2021. Free care for mothers and childbirth, announced by the head of the State during a speech in June, should be the first act. Today, 9 out of the 35 health zones in the Congolese capital already benefit from it, according to Timothée Lunganga Mukendi, deputy director general of the Universal Health Coverage regulatory authority. For now, the program is financed by a loan from the World Bank to the Congolese government.

Read our series Health in Africa: women and children first!

The health of pregnant women is an emergency: with between 500 and 700 deaths per 100,000 births, according to the latest estimates, the country has one of the highest maternal mortality rates in the world. Unsafe abortions contribute greatly to this figure, as do the many “early, unwanted or too closely spaced pregnancies due to low contraceptive prevalence and poor quality of care”, says a government report. Because of the poor state of the roads and the cost of transport, women often give birth at the maternity ward closest to their homes, sometimes in unsanitary makeshift structures, instead of going to a better equipped health center where the personnel is well trained.

This is the case in Mpasa. In the Familia health center, located near the National road 1, free is already effective and the number of deliveries increases regularly. But a few sandy streets away, a small private maternity hospital is caring for six women held up for unpaid bills.

“It’s a bit of a remote area here. We opened to ensure a minimum of care for the inhabitants”, assures George Dwaba, the general practitioner. “A lot of women are held here. After two or three months, if the families have not managed to collect the money, they are released. he explains without blinking. Here, the delivery room is spartan and does not exceed 5 m2. ” We lack equipment, beds and space. We don’t have a resuscitation device. But we do everything so that the mothers live”he adds.

“Most of our patients arrive destitute”

Often, pregnancy monitoring is lacking, increasing the risk of complications and therefore the cost of bills. “I did prenatal consultations, but no ultrasounds, because it was too expensive,” explains Ngasia Mubenga, a frail young girl with big eyes busy breastfeeding one of her two boys. She only learned she was carrying twins when they were born. “I felt like there was a lot of movement in my belly, but I didn’t know that I had two babies. It was a surprise.” she assures.

After a difficult cesarean delivery, she owes the maternity hospital 700,000 Congolese francs, or around 330 euros. This is more than three times the monthly salary of her husband, a security guard. ” We looked everywhere for money: we asked our cousins ​​and my mother even went to ask for a loan from the bank. But nothing worked,” she regrets.

“Most of our patients arrive destitute,” confirms a doctor in the obstetrics department of a large public hospital in Kinshasa. “We receive women in labor, without knowing if there have been liver tests, HIV tests, without knowing if there are malformations, without knowing anything about the baby inside. So we have to move forward based solely on the clinical signs,” he explains, denouncing a derisory salary which pushes him to do consultations in the private sector in parallel.

Between a funding shortfall and poor budget execution, the challenges to implementing UHC are immense. According to Unicef, health expenditure in the DRC is today mainly financed by households and external partners, with the State covering only 13% of family health costs.

In Kenya, drought is decimating wildlife in national parks

Democrats double down on voter…

Why a Divided Congress Is Bullish for…

The preparatory ministerial meeting for…