In the Central African Republic, the Constitutional Court invalidates the committee responsible for drafting a new Constitution 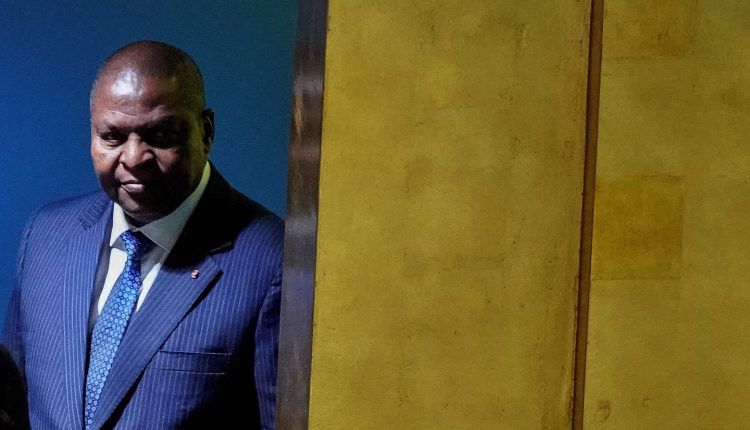 Legal setback for President Faustin Archange Touadéra in the Central African Republic: Friday, September 23, the Constitutional Court canceled decrees creating a committee responsible for drafting a new Constitution, on a referral from the opposition, who feared that a new fundamental law would authorize the head of state to run for a third term.

The decrees “are unconstitutional and invalidated”indicates the decision rendered by the supreme court in the Central African Republic, the second poorest country in the world, in the grip of a civil war for almost nine years. “The revision of the Constitution can only be carried out after the establishment of the Senate”, which is not instituted, underlines the decision. The municipal elections scheduled for September, the first in thirty-four years, had been canceled for lack of funds to organize them. However, the elected mayors were supposed to appoint the senators.

Read also: Article reserved for our subscribers Central African Republic: the Castel group under investigation for complicity in crimes against humanity

The Constitutional Court also points out that the initiative for a constitutional revision referendum belongs to the president but that it cannot be done in violation of the oath taken by Mr. Touadéra during his investiture. He had said: “I swear before God and before the nation to observe scrupulously the Constitution [et] never to exercise the powers vested in me by the Constitution for personal gain or to revise the number and duration of my mandate.can we read in the decision.

At the end of August, Mr. Touadéra, elected in 2016 and re-elected in 2020 after a ballot contested by the opposition, had set up a committee responsible for drafting a new draft Constitution. “More and more voices are rising to demand a change in the Constitution”, he said. This committee was composed of 53 members “representing all currents of opinion”, including representatives of the National Assembly, political parties and civil society, said the decree was invalidated. For several months, the authorities have organized demonstrations in favor of a modification of the basic law.

A “big setback” for Touadéra

“This is a resounding victory for all Democrats, everywhere”reacted on Friday Me Crépin Mboli-Goumba, principal applicant, adding: “I would like to pay a deserved tribute to the Constitutional Court of our country”in particular to the president of this institution who has just “save democracy”did he declare. “The Constitutional Court has said the law and we accept this decision. We should have consulted it before the draft decree”, for his part reacted Fidèle Gouandjika, minister special adviser to the head of state, contacted by AFP. This is’“a major setback for President Touadéra, who will have to rethink his strategy for a third term”analyzes Thierry Vircoulon, specialist in Central Africa at the French Institute of International Relations (IFRI).

Read also: Article reserved for our subscribers How the Central African Republic became the laboratory of Russian propaganda in Africa

As soon as the decision was published, calls for demonstrations were broadcast on social networks and more than a hundred demonstrators found themselves before the Constitutional Court, in particular at the appeal of Blaise-Didacien Kossimatchi, member of the platform of the National Galaxy, one of the associations that regularly vilify France, a former colonial power, and the UN. The demonstrators demanded, to the sound of whistles, the resignation of the judges of the Constitutional Court, then sang the national anthem, before dispersing quickly.

On Friday morning, a large force of gendarmes, police officers and members of the UN peacekeeping mission in the Central African Republic, Minusca, was placed along the avenue leading to the Constitutional Court, and only journalists and lawyers could access the site, noted an AFP journalist. UN blue helmets (14,000 today, primarily tasked with protecting civilians) have been present in the Central African Republic since April 2014. Their deployment aimed to end the bloody civil war that began in 2013 after a coup d’etat against President François Bozizé.

Senegal: the “Aline Sitoé Diatta” ferry, a link between Dakar and…

In South Africa, a pastor sentenced for planning racist attacks

Central African Republic: a Frenchman accused of espionage on bail

In Morocco, feminist activists demonstrate for the right to abortion

Rwanda: the trial of Félicien Kabuga, “the financier of the genocide”,…

Crisis in eastern DRC: the embarrassment of the international community