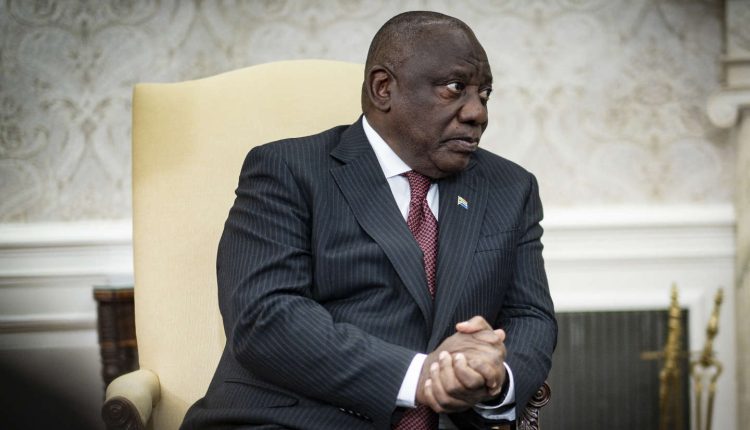 President Cyril Ramaphosa, who has cut short overseas visits due to a further worsening of South Africa’s power crisis, warned on Monday (September 26th) that improvement should not be counted on. ” short term “. “Given the uncertain performance of the fleet of coal-fired power plants [l’entreprise publique] Eskom, we will not be able to end load shedding in the short term. It’s the sad reality of a situation that’s been going on for a long time.”he wrote in his weekly letter to the nation.

Read also: In South Africa, an electricity network on the verge of collapse

After several weeks of intense load shedding between June and July, in the middle of the southern winter, the first African industrial power is weighed down by new drastic cuts, the national network being unable to produce enough energy after years of mismanagement and corruption. This implies, for individuals as for businesses, several cuts of several hours each day, for almost two weeks already. This load shedding system has been applied for fifteen years.

Traveling to the United States and London, Mr. Ramaphosa announced an early return last week to respond to the crisis. “These last two weeks of load shedding have been extremely frustrating and difficult. Public anger is justified.he said, adding that the shortage of electricity ” puts in danger “ the economy. “In the immediate term, our objective is to reduce the frequency and severity of load shedding by remedying breakdowns in the power stations”he continued.

The rise in temperatures with the onset of spring usually leads to lower consumption and lessens the pressure on aging and poorly maintained power stations. But a high number of outages has led to a dramatic drop in production, which is also suffering from coal supply problems. South Africa draws 80% of its electricity from coal, creating serious pollution denounced by environmentalists.

Calling on South Africans to “use electricity sparingly”the President assured that the measures to create new production capacities are progressing, “even if the effects are not immediately felt”. Mr. Ramaphosa announced in July an opening of the sector to the private sector. The country, which obtained 7.7 billion euros for its energy transition at COP26, signed the first agreements for the production of wind energy last week.