In Senegal, the relatives of the victims of “Joola” continue the fight 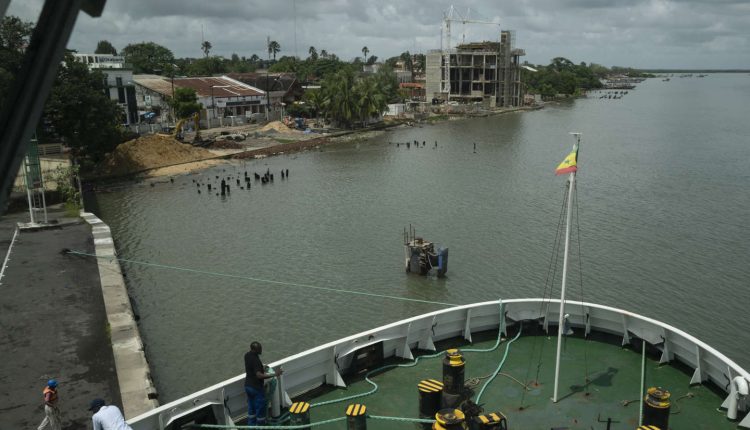 On the bank of the Casamance river in Ziguinchor, a city in southern Senegal, helmeted workers are busy around an imposing building under construction, a few meters from the port. Under the scaffolding, the memorial museum is gradually taking shape, to be erected in honor of the victims of the Joolathe Senegalese-flagged ferry that sank twenty years ago off the coast of The Gambia, engulfing nearly 2,000 people with it in one of the worst civil maritime disasters in history. “The building will allow the younger generation and the international community to discover what this shipwreck was, a Senegalese disaster more serious than the titanic but still too little known”explains Elie Diatta, whose brother, Michel, disappeared on September 26, 2002.

The building should be delivered in December. What visitors will discover inside is not yet decided. “A scientific and technical committee is working on it in order to build a coherent scenographic discourse”, advances Sokhna Gaye, administrator of the memorial museum at the Ministry of Culture. Research is underway to gather documents to reconstruct the history of the boat, as well as objects, photos and stories that will bear witness to the tragedy. According to Mme Gaye, the memorial could be inaugurated in Ziguinchor during the September 2023 commemorations.

Twenty years after the sinking of the boat crossing between Ziguinchor and Dakar, the families of the victims are finally seeing one of their claims come to fruition, essential to perpetuating the memory of this tragic event. ” The Joola is a black spot in the history of Senegal, caused by an accumulation of errors, such as the overloading of the boat”recalls Elie Diatta, in charge of legal affairs within the National Association of the families of victims and survivors of the sinking of the Joola (ANFVR Joola), which also hopes to raise public awareness of the risks incurred in the event of non-compliance with safety rules.

The bailout, the main demand

For the families of the victims, another question remains unresolved: the refloating of the boat, which still lies about fifteen meters deep off the coast of The Gambia. Elie Diatta is campaigning for the wreck to be pulled towards the coast and for certain parts, such as the bell, the propeller or a porthole to be exposed. “The idea is not to raise state secrets that would be in the hold. What we want is to bring out the souls that are at the bottom of the ocean so that they can be buried and find eternal rest., continues the association manager. Less than 600 bodies out of the 1,953 listed victims have been recovered.

You have 61.51% of this article left to read. The following is for subscribers only.

Today in Crypto: PayPal to Expand its…

The Fed’s path to a…

Harry and Meghan hit out at…