In Senegal, the presidential ambitions of “Mimi” Touré, former ally of Macky Sall 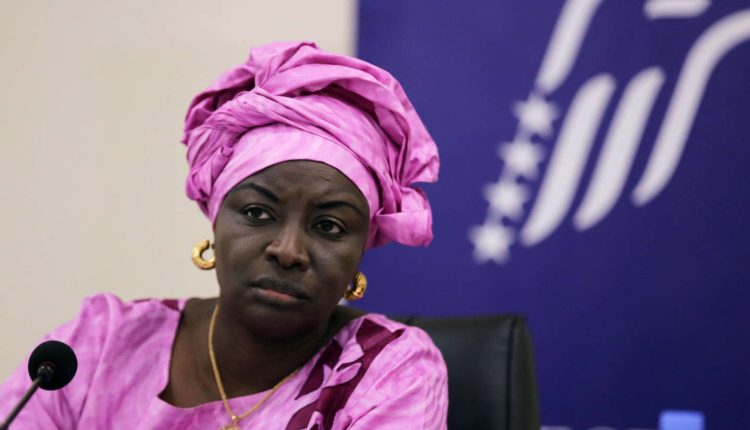 In just a few weeks, she has gone from heavyweight of the majority to new opponent of the Senegalese president. Aminata Touré marked the break by leaving the presidential parliamentary group, Benno Bokk Yaakaar (BBY) on September 25, less than a fortnight after being dismissed in extremis of the post of President of the National Assembly, which she coveted. Not content with having caused a political earthquake – with one less seat, Macky Sall lost the absolute majority in the Assembly – the former prime minister now claims to be considering running for the presidential election of 2024. “I’m seriously considering it”she confirmed to World welcoming us to her home, in the commune of Yoff, in Dakar.

“Mimi” Touré, as the Senegalese call her, has long been among Macky Sall’s allies. She joined him in 2010, when he was a presidential candidate in 2012. “He had a good profile, he is a modern man, born after independence. But I was above all outraged by President Abdoulaye Wade’s third term attempt.explains the one who then became his Keeper of the Seals (2012-2013) then his Prime Minister (2013-2014).

According to her, it is also the vagueness maintained today by Macky Sall on the hypothesis of a third term that feeds their disagreements. Eighteen months before the election, the Head of State has still not made his intentions known. “It is legally impossible, because the Constitution is clear: no one can serve more than two consecutive terms”insists Aminata Touré, who calls Macky Sall to “to decide without delay to say that he will not stand again”.

The politician, who turns 60 on October 12, believes that “the Senegalese people will not accept a third candidacy” and said he feared for the stability of the country. “In a turbulent African context, Senegal is a haven of peace that has never experienced a coup. Macky Sall, current President of the African Union, must lead by example and go out the front door”, she says vehemently. On the side of the camp in power, it is said that it is too early to put this debate on the table. “We must first work on current emergencies rather than setting the country in a pre-campaign period”specifies El Hadji Oumar Youm, president of the BBY parliamentary group.

You have 63.9% of this article left to read. The following is for subscribers only.