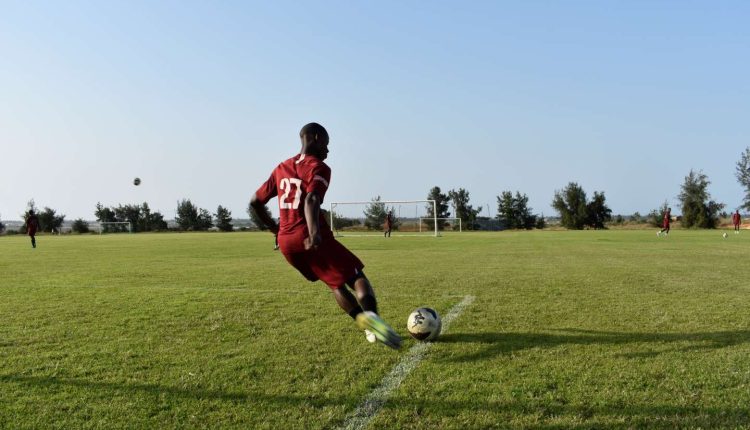 Out of breath, Fadilou Mbaye, 15, dribbles on the sidelines before the coach arrives for training. On the lawn side, around twenty young players in red outfits pass the ball and shoot on goal. “The best Senegalese footballers have been there. I want to do like Sadio Mané, become a professional and make my mother proud of me.launches the young man, right side in the minimal team.

Read also: 2022 World Cup: Senegal defeats Ecuador and qualifies for the round of 16

The Génération Foot academy, located in the village of Déni Biram Ndao, 40 kilometers north of Dakar, has seen the big stars of the national team: Sadio Mané, Habib Diallo, Pape Matar Sarr or Ismaïla Sarr, the author of the decisive goal against Ecuador, which sent Senegal to the round of 16 of the World Cup in Qatar. The Teranga Lions, winners of the Africa Cup of Nations in February, will play against England on Sunday 4 December.

Everywhere in the premises of the academy created in 2000 are displayed the portraits of these great footballers who make the 117 young people currently in training dream. At the origin of the project, Mady Touré who wanted to create a center “to provide great footballers to Senegal”. A successful bet: with eighteen players selected for the national team, the president of Génération Foot, both a training center and a professional club, prides himself on being one of the “providers of Senegalese football”.

Partnership with the clubs of Nancy and Metz

After more than twenty years of work, the professional club is now playing in Ligue 1 of the Senegalese championship and the training center covers eighteen hectares, with two large football fields, a third synthetic one under construction, a boarding school and a high school. Here players are supported for free.

To finance this project, Mady Touré counted from the start on a partnership, first tied with the club of Nancy then with FC Metz, which still accompanies her today. “Since FIFA has established regulations that prohibit the transfer of minors, I thought we needed a center in Senegal where the players do their pre-training. Then the most talented continue their career at FC Metz when they are over 18., explains Mr. Touré. The French club makes its choice according to its needs.

The partnership is “win-win” According to the businessman: on the one hand, the Senegalese academy benefits from Metz funding to offer training in good conditions. And, on the other hand, the French club recovers two to four players each year, many of whom were then “sold well”. Some were even transferred very quickly after their arrival at FC Metz, like Ismaïla Sarr who left for Rennes after a year for 17 million euros.

All the players here only dream of Europe

Recruited at Génération Foot in 2016, Abdoulaye Fall Beye, now 20, dreams of reproducing the career of his models. “I hope to get a contract in Europe to be well paid and benefit from better structures”, explains the central defender of the professional team, who works hard. Every day, he does one or two training sessions, not to mention strength training, physical preparation and video analysis of opposing teams. The young player still remains realistic about the difficulties in making a career. “The selection for FC Metz is tough. I’m open to going to other clubs, but not to Senegal.”he continues.

Because all the players here only dream of Europe. “I want to go there to progress, gain skills and performance in order to integrate the national team of Guinea and win the African Cup of Nations”is targeting Mohamed Camara, Guinean midfielder for the professional team, recruited by Génération Foot in October. “I also play for my family who don’t have a lot of means”testifies the young man, who is paid 75,000 CFA francs (some 115 euros) per month, not counting match bonuses.

Mady Touré has resigned herself to this flight of African talent to Europe. “We sent players to China, Morocco or Guinea. If the door is open to all, we have a preference for the European marketconcedes the businessman. We can’t afford to pay quality players enough to keep them in Senegal.”justifies Mr. Touré, who calls on the authorities to subsidize the clubs to keep promising footballers in the country.

To give maximum chances to its young people, the academy has adopted a program to help players improve their skills. “They must gain speed and have technical qualities because football has become very fast”, explains Bassouaré Diaby, director of the training center for three years. Another aspect also affects the mind, to ensure that footballers can “playing under pressure and never giving up when it’s hard”.

Fadilou Mbaye therefore quickly understood that the pace of work would be intense. “I run fast and I’m very technical, but I have to work on my physique because I’m not very strong. I then train in the weight room before going to the field.explains the young boy, who is in parallel in third class and is preparing for the end of middle school certificate.

Read also CAN 2022: Senegal wins the first African Cup of Nations in its history

Because less than 5% of young people in the academy will succeed in building a real professional career according to Mady Touré. “We insist on studies so that they are qualified and educated”, he explains. In high school, sixty-seven students are taking classes from sixth to final year, with a 100% success rate in the baccalaureate in 2021. “We also offer professional training in communication, for example, to offer them opportunities”, continues Mady Touré. Defender Abdoulaye Fall Beye has embarked on online international business studies: “I had my baccalaureate here and I wanted to continue my studies because it’s not just football, which is a very competitive and uncertain job. »