In Morocco, feminist activists demonstrate for the right to abortion 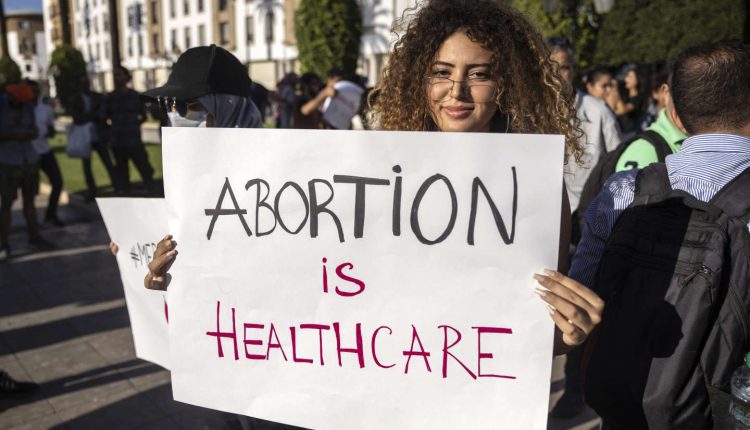 Dozens of feminist activists demonstrated on Wednesday (September 28th) in Rabat to demand the revision of laws criminalizing abortion in Morocco following the death of a teenage victim of clandestine abortion, AFP journalists noted.

“Abortion is a woman’s right”, “The law killed me”, “Abortion is a medical treatment”, “Respect my choice”. In front of the Parliament of the capital, the demonstrators held up signs denouncing the law “freedom” which sanctions abortion. “It is essential to review these unfounded laws. Having a child should be a choice! »told AFP Sarah Benmoussa, an activist.

Read also: Article reserved for our subscribers Morocco: after the tragedy of Meriem, the government under pressure to reform abortion

“We are here today because our voices count to make things happen. Every human being must have his body. Laws must be reformed and society will follow! »pleaded Khaoula, a 23-year-old journalism student who was taking part in a demonstration for the first time. “It’s horrible to know that girls are dying from clandestine abortions”she lamented.

A Moroccan teenager died in early September following a clandestine abortion in a village in central Morocco, provoking shock and indignation from feminist NGOs and awakening demands for the decriminalization of voluntary termination of pregnancy (IVG) .

From 600 to 800 daily clandestine abortions

Moroccan law punishes abortion with six months to five years in prison except when the mother’s health is in danger. From 600 to 800 clandestine abortions are performed every day in Morocco, according to associations campaigning for its legalization.

“We have been asking for the decriminalization of abortion for ten years now. We are renewing this claim today. The legislator is responsible for this situation and for the violence and difficulties that women endure”explained Fouzia Yassine, of the Spring of Dignity, a coalition of Moroccan feminist associations.

Read also In Morocco, abortion is prohibited and therefore has a price

In 2015, Morocco engaged in an in-depth debate on “emergency” a relaxation of its legislation in the face of the scourge of hundreds of clandestine abortions performed every day, in sometimes disastrous sanitary conditions.

An official commission had even recommended that abortion become authorized in “certain cases of force majeure”, especially in cases of rape or serious malformations of the fetus. But no law has since come to endorse these recommendations ardently supported by women’s rights activists.