In Mali, around Gao and Ménaka, civilians die or flee before the push of the Islamic State 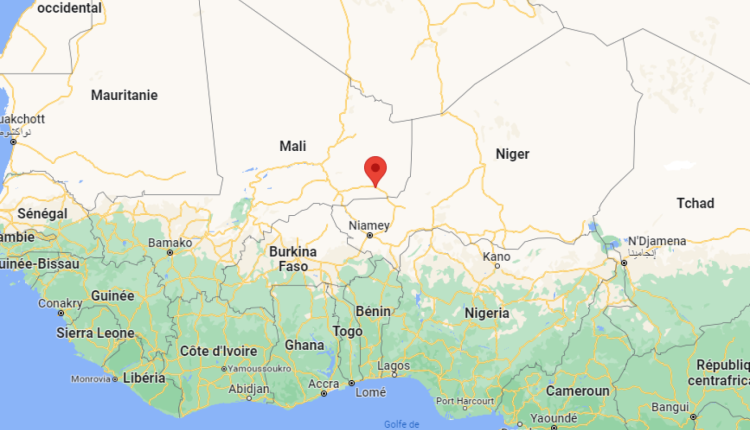 “Is the worst yet to come or are we already in it? »wonders a human rights defender in the face of the advance of jihadists in northeastern Mali and the unleashing of violence that accompanies it.

The regions of Gao and Ménaka have been the scene since March of a vast offensive by the Islamic State in the Greater Sahara (EIGS). It gives rise to intense battles with the armed groups established in these immense desert expanses and to the massacre of civilians. At least eleven of them died on Monday, November 21, in the attack on a camp for displaced people near Gao. “If nothing is done, the whole area will be occupied” by the jihadists, writes on Whatsapp the defender of rights. Based in Gao, he remains anonymous for his own safety, like many interlocutors.

Such testimonies collected by AFP as well as information coming from these areas that are almost impossible to access reflect a continuous push by the EIGS and the desolation sown far from view, distressing even by the standards of a country which has been going from trial to trial for ten years.

The inhabitants, mostly nomads living in scattered camps, suffered the war between the Tuareg separatists and the army from 2012 to 2015. They are now caught in the fire of ISGS fighting against rivals enlisted under the banner of Al-Qaeda, against the former separatists who signed peace in 2015, or against the loyalists who once fought the separatists.

The UN and non-governmental organizations (NGOs) report repeated attacks and punitive operations against communities accused of aiding the enemy or refusing to join jihadist ranks. Human Rights Watch reported in October that groups allegiance to ISGS had massacred hundreds of villagers.

Read also: Article reserved for our subscribers Official end of the French military operation “Barkhane” in the Sahel, after almost ten years of existence

Moussa Ag-Acharatoumane, leader of the Movement for the Salvation of Azawad (MSA), one of the loyalist groups fighting IS, says the violence has taken on such proportions that ” Only God knows “ everything that has happened since March. He’s talking about “climate of terror” : “The whole economy is at a standstill, the axes are destroyed, (it is) an unprecedented humanitarian crisis, the displaced are piling up (in) Ménaka”he said.

Ménaka, Gao, Ansongo… the populations are moving en masse towards the towns, where their arrival is causing tension, or towards the camps, including on the other side of the border with Niger. A mayor of the Ménaka region says that in his town ” there is not anybody “. Nearly 60,000 displaced persons have been registered in Gao alone, a UN document indicated in November.

Various actors explain that the jihadists have rushed into the void left by the departure of the French anti-jihadist force “Barkhane”. “Barkhane” concentrated part of its operations against IS in these regions before being pushed out by the junta newly allied with Russia.

“If you are not with them, you are against them”

Although porous, the Mali-Niger border delimits military actions. On the Nigerien side, the national army is fighting, supported in the air and on the ground by foreigners, including the French. On the Malian side, the army is confined to Ménaka, leaving the field relatively clear for the jihadists.

“The way is clear for them”, says another local elected official, a refugee in Bamako. He himself lost his cousin in a bus attack in September. “They suspected him of being linked to the MSA and the Gatia”two armed groups in the area that are fighting ISIS. “If you are not with them, you are against them”he explains on the phone.

Following a proven pattern, a violent social takeover with submission of the villagers and levying of the Islamic tax follows the military victory. An unmarried couple was stoned by IS in the village of Tin-Hama in late September. A “punishment for fornication” illegal, according to the UN. “They dug a hole on the day of the weekly fair on the 18th, they put the 50-year-old man and the 36-year-old woman in it up to their hips before throwing stones at them”testifies a humanitarian in Ansongo.

Read also: Article reserved for our subscribers In Mali, the Islamic State in the Greater Sahara “in a position of supremacy” in the Northeast

In front of such ” misery “armed groups loyal to the Malian state are trying, “in private, to rally the other actors to the cause”says a security official in Niger, considering the possibility of an alliance with the ex-rebels of the Coordination of Azawad Movements (CMA), but also with the Support Group for Islam and Muslims (GSIM , JNIM in Arabic), the nebula affiliated with Al-Qaida.

But there is little chance of seeing a “common front”thinks an African diplomat in Bamako. “Politically, it seems difficult for both sides to openly show themselves today with Al-Qaeda”.

Democratic Republic of Congo: at least 131 civilians killed in Kishishe and Bambo by…